Bluegrass music gets its roots from the folks who migrated to America in the 1600s. They came from Ireland, Scotland and England, bringing with them basic styles that paved the way for bluegrass as we know it today. These songs about daily life in a new land told their stories of not only the hardships but also the victories. Tennessee Country Classics is a chance to hear some of those stories. Host Joe Bussard is one of the world’s leading collectors of blues and early bluegrass and each week he chooses rare and seldom heard selections from his vast collection of 78 rpm records for your listening enjoyment.

Tennessee Country Classics airs Sunday afternoons from 5 until 6 p.m. EST as part of the Sunday Jubilee block of programming. 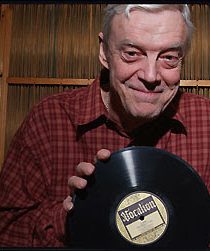