WDVX is governed by a volunteer board of directors. The station is a service of Cumberland Communities Communications Corporation, a 501c3 organization.

The WDVX Board of Directors or its Executive, Finance, and Personnel Committee meet monthly. These meetings are open and individuals interested in attending should contact the WDVX General Manager to arrange access to the building by phone at (865) 544-1029 or tlawson@wdvx.com.

In accordance with requirements of the Communications Act of 1934, 47 U.S.C. 396, et seq. as amended, and certification requirements promulgated by the Corporation for Public Broadcasting, as well as our ongoing policy of open meetings, WDVX publishes the schedule of meetings of its Board of Directors. Information about WDVX’s open meeting policy is also announced regularly on the air. Notice of board meetings can be requested by sending an e-mail to the station.

Full Board meetings as well as Executive and other committees are usually held at Barley’s, 200 East Jackson Avenue, Knoxville, TN 37902. Individuals interested in attending should contact the WDVX General Manager to arrange access at (865) 544-1029 or tlawson@wdvx.com.

MEET THE WDVX BOARD MEMBERS 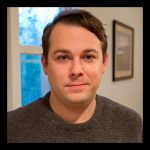 Thomas was born and raised in Knoxville. He is a restaurateur and property developer in Knoxville’s Old City. Currently, he is serving on the boards of East Tennessee Foundation and The Old City Association. Philanthropy is important to him personally because he believes everyone deserves the opportunity for a successful and happy life. 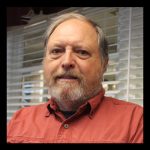 A founding member of WDVX, Don literally put the station on the air both with his technical broadcast expertise and passion for community radio. He worked with WFMU in New Jersey and saw what a group of people could do and would have to go through to put a different kind of station on the air. This area was starving for an artistic and musical station, one that promoted the music, folklore, and arts of the Southern Appalachians. Since Don was a broadcast engineer working in public and commercial media, he could help actually put the station on the air, and after working on projects to do just that, joined the board in 1996. 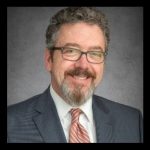 Since he first saw a man on TV say, “Hello, I’m Johnny Cash,” Scott Carpenter has loved American roots music. That happened when he was in the first grade and Carpenter has tried to be involved with music ever since. In April of 1997, he volunteered as a DJ and at Tony Lawson’s suggestion, started the Hillbilly Fever Thursday night show at the camper. These days, he hosts the WDVX Swing Set on Sunday afternoons at 4. As a Board member, Scott hopes to make a contribution to the station’s mission to preserve and play the great music of our region. 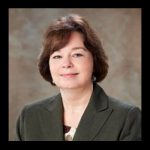 Kathy Hamilton joined the board in 2017.  Kathy is a CPA and serves as COO for HealthCare 21.  She loves music of all types and is enjoying learning about everything that WDVX has to offer.  She says that “the often discussed connection between music and mathematics” must have skipped her, but she is happy to take her place in the audience anytime live music is playing. 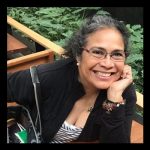 Rosa Mar has been on the board since 2011. She is passionate about respecting, learning about, and preserving the cultures of all peoples/countries/regions, which more often than not shows we have a lot in common especially when comes to music. Rosa is very proud that WDVX preserves and shares the Appalachian music culture with the world. 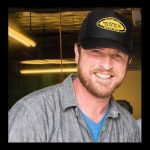 Chris is founder and creative director at Best Behavior Creative Club. He has been involved in the Knoxville creative community for over fifteen years, with experience ranging from launching a custom letterpress shop to serving as art director for the Knoxville Chamber. A painter and printmaker, his work is included in a variety of collections around the country. He has been a board member since 2013. 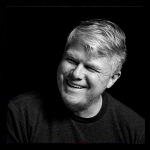 One of the first cool local things I found upon moving to Knoxville in 2000 was WDVX. Their commitment to local artists and live music are so unique and unlike anything I’ve seen in other communities. As a lover of music and arts, it was an honor and almost a duty to join the board at WDVX to ensure the music plays on. 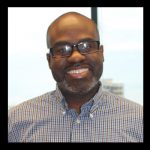 Oslo Cole is an entrepreneur, small business owner and community volunteer. He specializes in providing business management support to other small businesses and career advising to job seekers. He has served on multiple non-profit boards including the United Way and The Joy of Music School and looks forward to his second stint on the WDVX board. 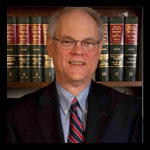 Bill grew up in Norris listening to folk and mountain music. He now lives in Oak Ridge where he practices law. Bill joined the board in 2019. 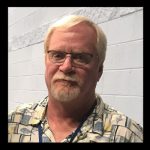 James was born in Virginia, raised in East Tennessee, and has strong family roots in Kentucky. He currently resides in Ten Mile and recently retired from Oak Ridge National Laboratory after 29 years. James has a strong love of traditional and progressive bluegrass music; he’s been listening to artists like John Prine, James McMurtry, and Nanci Griffith before Americana music was even a genre. He has served on the WDVX Board since 2020 and volunteered in the station’s earliest fundraisers and worked the very first Camperfest in 1996. 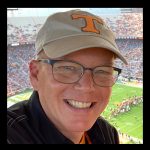 When Bill used to travel to Knoxville to teach Public Affairs for the Air National Guard, the last thing he would do before turning in his rental car was make WDVX the first pre-set station on the radio, so every driver afterwards would hear “East Tennessee’s Own”! Since moving to Maryville to continue working for the Air Guard, Bill has served on the WDVX Community Advisory Committee and is now thrilled to continue serving through the Board of Directors.