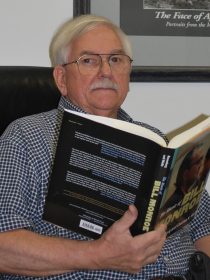 According to WDVX host Paul Campbell, there wasn’t one minute of Bluegrass or traditional Appalachian music on the radio in Knoxville in 1972, even though this was one of the key places where Appalachian music was transformed into country music. As a Univ. of Tenn faculty member interested in preserving the music and culture of the area where he lived, Paul talked WUOT, the University public radio station, into allowing him to begin a weekly radio show.

The program, Music of the Southern Mountains, used Ralph Stanley’s “pick along” as its theme song. Paul’s interest also led to early involvement with Jubilee Community Arts, an organization dedicated to the preservation and presentation of Appalachian culture. A companion program sponsored by JCA, Live at Laurel was added to the WUOT schedule and for 30 years (before the birth of WDVX) these were the only traditional music voices in the Knoxville area.