WDVX is thrilled to welcome Rockin’ Americana band Andrew Leahey & the Homestead of Nashville to the Tennessee Shines Radio Show August 3rd! The show, part of the band’s Skyline in Central Time CD release tour, will be just in time for the album’s release (Aug. 5th). You can get tickets here (or listen online or on the radio!).

In the meantime, enjoy this track called ‘Little In Love.’ Produced by  Ken Coomer, Wilco’s original drummer, Andrew wrote the song while driving home from SXSW a few years ago. The video was shot in one day in a miniature toy store in Berry Hill, just south of Nashville.

The new album, ‘Skyline in Central Time,’ being released by Thirty Tigers, is the first record that the band hasn’t released independently. Andrew Leahey says he’s really happy about that. Something else Leahey has to be happy about (and we’re also very happy for him) is that this is the band’s first release since he underwent a brain surgery operation in 2013 to remove a life-threatening tumor.

Also of note is that Andrew’s wife will be attending UT for the next four years in the veterinary program, which gives him lots of good excuses to spend more time in Knoxville. He considers himself a part-time Knoxvillian…given that they’ve played 5 Knoxville shows in 2016 already. So, in his words, “good stuff all around.”

This is the latest in our blog series, A Song & A Sip, brought to you in part from our friends at  Sugarlands Distilling Company. Each week, they share a great drink recipe as part of their #WhatToDrinkWednesday, and we thought it would be fun to pair the drinks with an amazing music performance. This week it’s the Blue Hawaiian!

Just like the song from Andrew Leahey and the Homestead, this concoction is a little sweet and definitely memorable. Now play the song again and whip up a Blue Hawaiian for a great combination of song & sip! 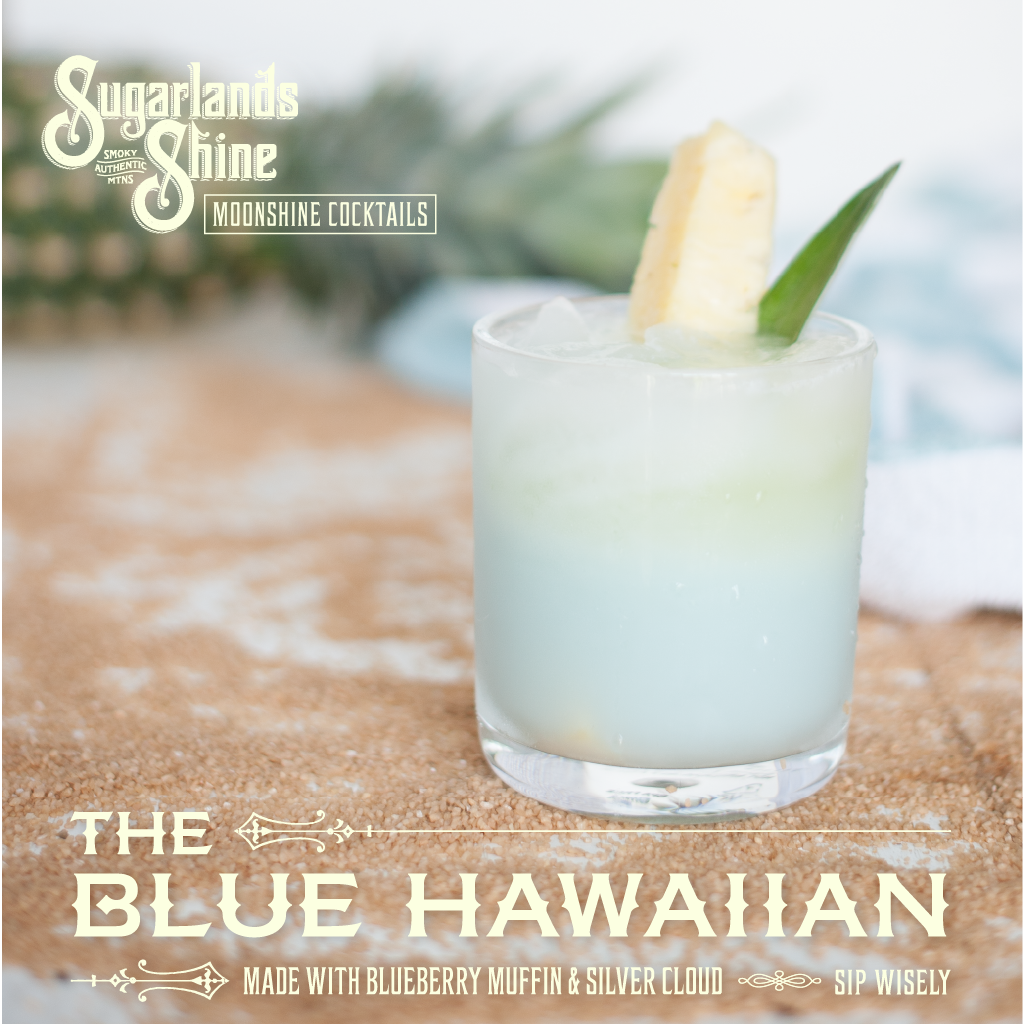 Combine Moonshine, coconut cream and pineapple juice in a shaker with ice. Shake well and strain over ice in rocks glass. Top with soda water and garnish with a pineapple leaf.