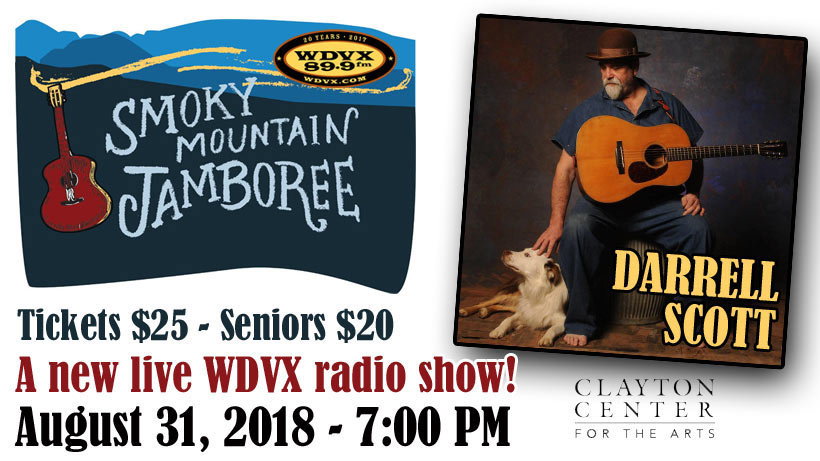 The Smoky Mountain Jamboree will be hosted by Scott Hinds and produced by WDVX’s Tony Lawson. Conceived by Lawson to be a monthly show, Clayton Center for the Arts General Manager, Blake Smith, has been in talks with Lawson about the concept since last fall. “When Tony approached us with the Live Radio Variety Show idea last fall, I was very interested. We have partnered with WDVX in the past with great success. After several meetings where Tony laid out his intent for the show at the Clayton Center to focus on Blount County, I knew it would enhance our community and partnering with WDVX would help bring it all together. think it will be a boon for us to highlight all Blount County has to offer and to expose more people to the Clayton Center and the talent and businesses that call Blount County home.”

The first show of this planned series features the multi-talented Darrell Scott …. Author and Actor Eugene Wolf with new tales and music from his one man play “The Book of Mamaw”…. Blount County’s Own songbird Robinella as well as surprises from Pistol Creek Catch of the Day. Lawson, General Manager of WDVX, said “WDVX is very excited to produce a program that improves and highlights our quality of place through live music and culture. Collaborating with the Clayton Center for the Arts is a natural for WDVX to give Blount County and the region a platform for localism and community pride.” Each show is planned for the last Friday of the month. Some months, shows may be taken on the road to a different location and the plan is to produce shows 10 months out of the year. 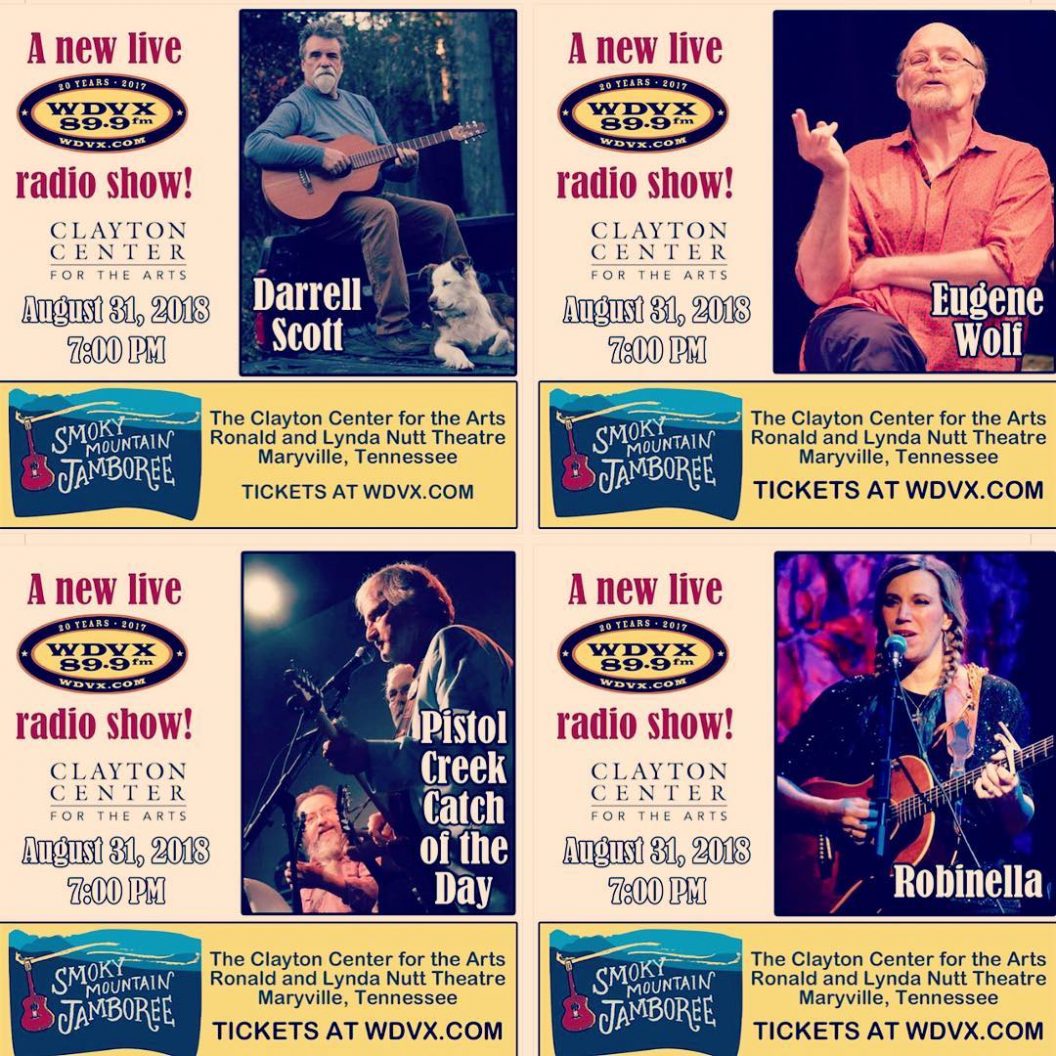