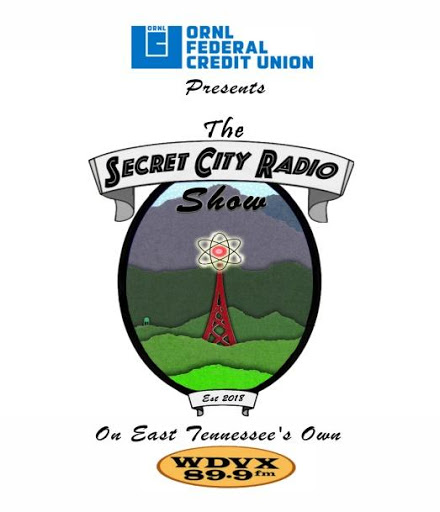 Join East Tennessee’s own WDVX in kicking off its new monthly series, The Secret City Radio Show, broadcast live from the new American Museum of Science and Energy (AMSE) in Oak Ridge, Tennessee. The Secret City Radio Show will showcase the Cumberland Mountain and Clinch River Valley’s rich heritage with performances from musical guests, interviews with historians and local artists, and stories of the latest in innovative science.

The public is invited to join the live audience for The Secret City Radio Show’s debut broadcast:

WHERE: Live from AMSE’s new location at 115 Main Street East in Oak Ridge

HOW: Tickets are $28 and benefit WDVX and AMSE. CLICK HERE for tickets!

The debut show will feature bluegrass, country, and Americana musician Tim O’Brien with Jan Fabricius, followed by Traditional Irish musical guests Four Leaf Peat. Bill Alexander, the Appalachian Hippie Poet, will visit with his spoken word poetry and share the story of his regional restoration projects. Jeff Nichols will talking about the power of super computers and what it means to have the world’s most powerful computer in Oak Ridge, during the first science segment supported by Team UT-Battelle. Members of the live studio audience will be treated to an exclusive off-air concert by both musical guests in the show’s segment Behind the Fence.

The Secret City Radio Show will broadcast live on WDVX at 89.9 FM, 102.9 FM in Knoxville and 93.9 FM in Seymour and Kodak, and online at WDVX.com. The series will run for 10 months; the next program is currently scheduled for November 4 at AMSE.