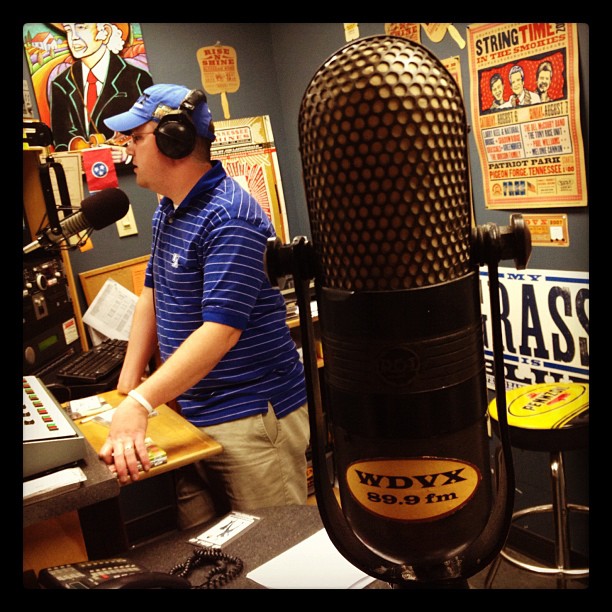 This is officially a 2015 release, but it was not sent out to radio until January. Sarah’s brash brand of full

throttle honky-tonk made sure she was a staple of WDVX playlists for much of the year.

Want the fire of Sarah Shook, but with a little less twang? Try Lydia Loveless on for size. Lydia has always

been a bit of a chameleon, but you get the sense that the energy and emotions on display here are, like

the title of the record, Real.

8.) On the Ropes – The Honeycutters

than most coming out of Nashville. The band’s take on Leonard Cohen’s “Hallelujah” is at once

Top Track: “On the Ropes”

2013 into the artist who released one of the most gloriously weird albums of 2016. Strings? Check.

Bird continues to be the best whistling chamber-pop violinist working today. His sense of melody and

I’ve seen many critics compare this collaboration to a modern day version of The Trio (Dolly Parton,

meld their voices together.

rooted-yet- genre-blending love letter to his newborn son. Rock, soul, psychedelia, and R&B all enter into

Top Track: “Keep it Between the Lines”

produced since the Isbell days. Mass shootings, police violence, immigration, and what it means to be

Top Track: “What it Means”

2.) The Bird The Rifle – Lori McKenna

This is my pick for the best written album of 2016. McKenna’s tales of domestic discord are heart

breaking in their honesty and devastatingly precise in their perceptiveness. It’s no secret why McKenna

has won the last two Song of the Year trophies at Nashville’s CMA Awards.

Price is so amazing, I flew to London just to watch her perform. Well. That’s not exactly true, but I did

catch a show in the UK this summer. Her honesty in revealing details about her life make this not only

the best album of 2016, but one of the most stunning debuts in recent memory as well.