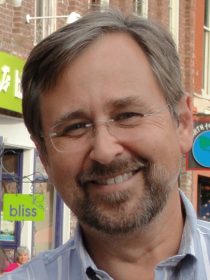 Raised in Knoxville, Wayne Bledsoe grew up listening to Hank Williams on 78-rpm records, James Brown’s Knoxville-based soul radio station WJBE, as well as rock and folk music of the 1960s and 70s. His musical taste knows few prejudices and he doggedly aspires to smash the prejudices of those around him. Wayne is the longtime music writer with the Knoxville News Sentinel and Scripps Howard News Service and his music features and reviews have appeared in newspapers and magazines all over the world. And, while his work has appeared in Bluegrass Now magazine, it is another music enthusiast named Wayne Bledsoe (no relation to our Wayne) who is the editor and founder of that magazine.