East Tennessee’s Own WDVX is happy to announce the return of the live WDVX Blue Plate Special three days a week, every Wednesday, Thursday and Friday at noon!… Join us on July 21st inside the Knoxville Visitor’s Center on Gay Street downtown as we bring Real Live Music back to the Blue Plate!! We are updating show information daily at our website wdvx.com

The music of The Faux Paws would be hard to pin down with standard genre descriptions. The trio’s contagious groove, and feel-good melting pot folk music has been honed over ten years of playing together, and is the sound of three close friends (two of which happen to be brothers), who feel a musical kinship that transcends any stylistic limitations.   Now, after nearly a decade of music making, the bi-coastal trio are releasing their self-titled debut album “The Faux Paws”

Brothers Andrew and Noah VanNorstrand grew up playing contra dance music with their musician mother in the band Great Bear.  Based in upstate New York, Great Bear gained a strong reputation in the niche world of folk-dance music, touring the country for eighteen years, releasing numerous albums and starting their own dance festival called The Groove. The two VanNorstrand brothers met Chris Miller  at a music camp in New York called Ashokan.  “I had never heard of contra dance music before”, says Miller, who’s primary instrument is Saxophone, “But as soon as we began casually jamming together, there was this incredible musical synergy”.  Miller grew up in Florida, and he was enamoured with bluegrass and studied jazz before going on to play with GRAMMY nominated cajun-country band The Revelers.  “The most important part of my musical background is that it’s all about fitting in and complementing other music.  How can I uplift the melody, how can I get different sounds out of whatever instrument I’m playing?” explains Miller, who also plays banjo, dobro, and clarinet, among other instruments.  For the VanNorstrand brothers, who had developed an intense musical “mind-meld” over nearly two decades of playing together, the addition of Miller brought a welcome interruption of old habits, while simultaneously tying together the big picture sounds that they were attempting to reach.  “Chris is somewhat of a musical chameleon, and he can play lots of different instruments. But what he plays is so right in a big picture sense that it’s irrelevant what instrument he ends up picking”, explains Andrew.

Since meeting in 2012, the trio have toured across North America several times, sometimes under the name The Faux Paws, sometimes as part of other larger ensembles.  But due to their commitments to other bands and musical projects, the timing was never right to focus on making The Faux Paws a priority.  Instead, they took their time learning about different styles of music from one another, and finding where their interests and skills could create unexpected and exciting new sounds. “I love super glossy pop music, and Chris is always pushing more of a jazz influence,” explains Noah. “But we all have a strong background in dance music, so almost everything we do has rhythm and groove, and is based around hook and feel.”

Chris explains how “Guacmaster” arrived at its unique sound: “To me, “Guacmaster” is the quintessential Andrew and Noah tune–the groove is first and foremost, and it’s so fat and funky that it adapts really well to the sax. The percussive mandolin is what makes this still feel like a bluegrass tune to me, and one can’t get around David Grisman’s influence on all things jazz/mandolin, but the general arc of the melody comes from the brothers’ heavy experience in the American contra dance tradition, which draws from New England, Irish and Quebecois and Appalachian old-time fiddle musics. When I’m playing this tune, I’m trying to think of the sax like a fiddle–‘How would Stuart Duncan approach this smooth melody on the B part?’ and ‘How would Casey Driessen play around with these rhythms?’ At the same time, I try to think about phrasing in a way so it fits somewhere in between blending with the mandolin on one hand and highlighting what makes the saxophone a unique instrument on the other. Jeff Coffin from the Flecktones has been a big influence on me in that regard.”

It may have taken The Faux Paws ten years to make their debut album, but those years have clearly not gone to waste.  Now, with an experimental but cohesive vision, the trio brings together seemingly unrelated musical elements into one joyful and distinctive collection, deeply rooted in the raw humanity of folk dance and music traditions. 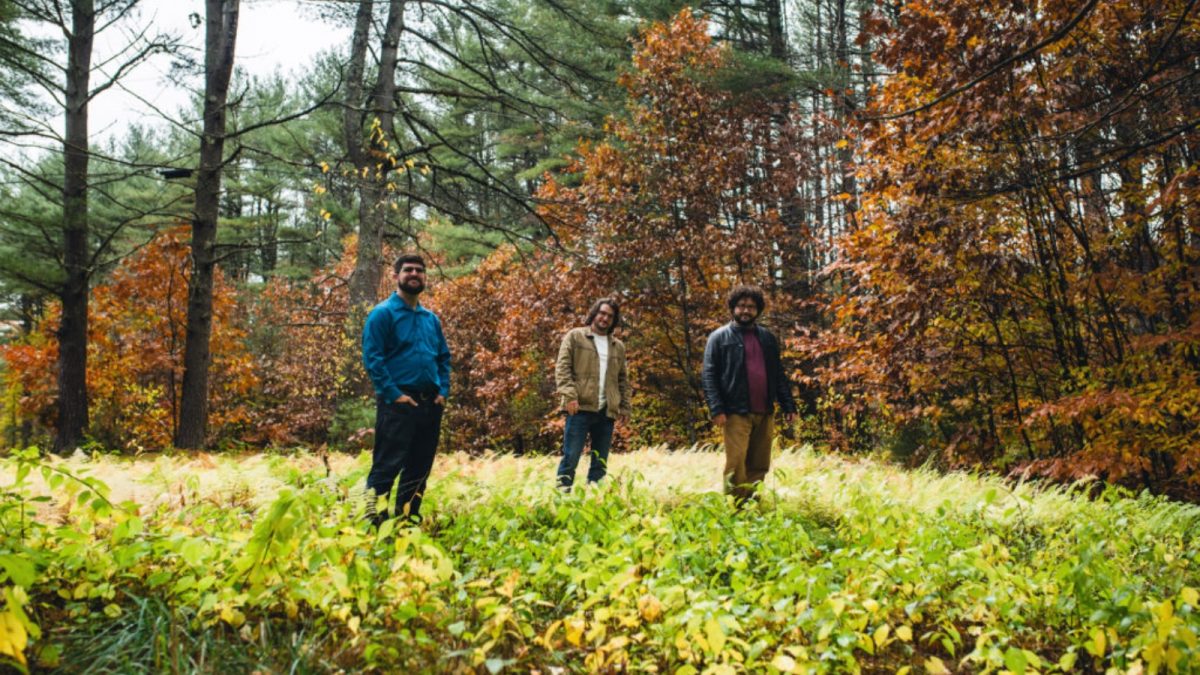