East Tennessee’s Own WDVX is happy to announce the return of the live WDVX Blue Plate Special. Join us on June 24th at high noon inside the Knoxville Visitor’s Center on Gay Street downtown!! On Friday July 25th the Big Plate is live from Barley’s in Knoxville’s Old City featuring a live performance from Todd Steed and the Suns of Phere.. We are updating show information daily

“Landon” by Austin-based Grace Pettis is a rollicking, country-rock call-to-action for unconditional love and acceptance. With guest vocals by Indigo Girls, the track – from her MPress Records debut album WORKING WOMAN – is the rare story-song that’s totally true, in which Pettis holds herself accountable for not being there for her gay best friend when he came out to her. Recorded in Nashville, produced by Mary Bragg, mixed by Grammy® winner Shani Gandhi (Alison Krauss, Kelsea Ballerini, Sarah Jarosz).

When Brock Gonyea (pronounced GON-yay) was 4 or 5, his mother encouraged his musical abilities before he even showed interest. Following a lineage where his fiddler great grandfather taught seven children guitar and other instruments; his grandfather played classics from Webb Pierce, Hank Williams, Lefty Frizzell and Sun Records’ era Elvis and taught those traditional Country and Rockabilly songs to his sons, it was inevitable the child was going to fall in love with music.
‍“I never got to meet my grandfather,” says the upstate New Yorker, “but I have these cassette tapes of all these parties he used to have. That’s how I learned all these old songs. Listening to them playing and having fun, it pulled me in… “‘Pick Me Up On Your Way Down,’ “Frauhlein,’ ‘You Win. Again.’ If someone forgot the lyrics, because these were parties and there was a little drinkin’ going on, my Grandmother was right there with the words.”
‍If kids in school teased him, Gonyea didn’t care. To him, the music around his home and family was more alive. Laughing now, the son and nephew of lumbermen –who still spends his days splitting cord wood, loading trucks and delivering it to people – marvels at what so many miss.
“I was never really around mainstream music,”he confesses. “I wasn’t touched by today’s artists. That older style vibrato is what was current to me, because that was what was around our home.‘Gonna Find Me A Bluebird,’ my dad used to sing it to me – and it was the first song we ever sang together when I was about 10 and finally got my major chords down.”
Part of the purity stems from how he was raised, the fact he’s only left his small town for a few months to sniff around Los Angeles trying to figure out how to make a dream about singing songs come true. Other than that, the lanky artist has stayed in his hometown, helping his now 71-year-old dad with his cord wood business, working in a gas station for a while and playing shows at the taverns, breweries and county fairs around the Adirondack Park region, close to Lake Placid and Saranac Lake.
“As much as I want to be reminiscent of those old records of my grandparents, I want to get there without sounding like a novelty,” Gonyea says. “With my voice, I come by (the vibrato) honestly. That’s what I was exposed to when I was younger, so that’s what I absorbed as a kid. This music comes from the inside out, and all of these players understood that.”
What you hear on these five recordings are often tracking vocals with the band playing live. There are 4 original tunes, and “All Night Long” an unrecorded Webb Pierce/ Mel Tillis song that stumbled, shuffled and suited Gonyea’s Rockabilly sheen.
At a time when many artists sound like they’re copying each other, or borrowing from other genres for what’s working, Gonyea is absolutely, unapologetically vintage Country. So much so, that when the happy-go-lucky vocalist went into the studio, he wanted to cut as live as possible. 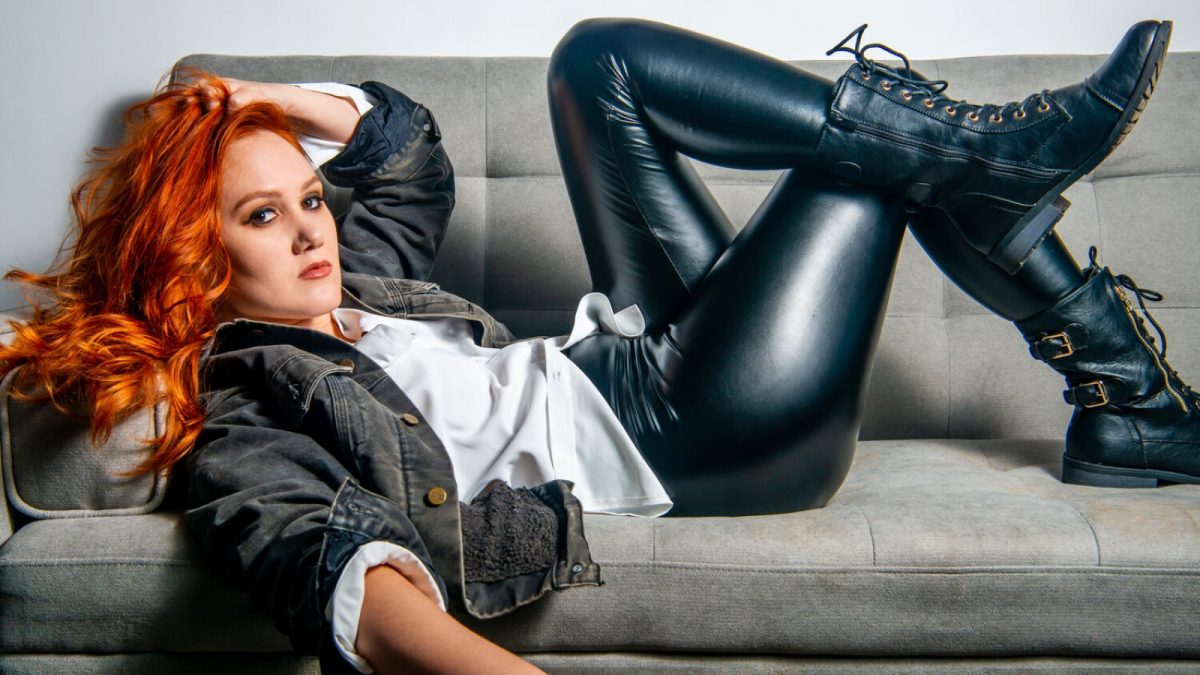