East Tennessee’s Own WDVX is happy to announce the return of the live WDVX Blue Plate Special three days a week, every Wednesday, Thursday and Friday at noon!… Join us on Friday July 16th. The Big Plate is live from Barley’s in Knoxville’s Old City featuring a live performance from The Tenos as well as The Young Fables.

The Tenos are an East Tennessee bluegrass band. Their website tells the story of this family band’s beginnings: “At nine years old, our son, Andy, decided he wanted to play the banjo. This was the beginning of a new and exciting adventure for the whole family. He inspired us all to learn a new instrument and play bluegrass music together for fun and enjoyment!  We played our first public performance on July 4th, 2012, at the Museum of Appalachia in Norris, Tennessee! Since then, we’ve played at Rocky Branch Community Center, Dollywood’s BBQ & Bluegrass Festival, Museum of Appalachia’s Fall Homecoming, David West’s Ciderville Farm and Home Show, TV and radio shows, various conventions, festivals, service groups, many churches, and a variety of other venues.  We recorded our first CD several years ago and we are currently in the process of recording another!  Our music consists of traditional bluegrass, old-time, and gospel songs with close family harmonies that you will love and enjoy!”

The act hails from Maryville, TN and came out of the gate collecting impressive accolades including the Grand Prize at the Texaco Country Showdown which landed Laurel on the Ryman Auditorium stage at age 16.

Fast forward five years to 2017, TYF spent the year engaging and organically expanding their grassroots following while on the road supporting their debut release Two. They’ve appeared with such notable acts as Lauren Alaina, Josh Turner, Sara Evans, Chris Janson, Randy Houser, The Band Perry and Chris Lane. Quickly becoming a breakthrough face on the country scene, outlets like the world-renown “The Boot,” “NASH Country Daily,” the UK’s “Think Country” and TN Vacation all spotlighted this emerging act. Capturing the ears and attention of two of the industry’s most revered names, Keith Urban said they “had me immediately” and Big Machine CEO Scott Borchetta praised “a flawless vocal.”

The duo’s sophomore record “Old Songs” solidified Laurel and Wesley as prolific songwriters and a stand out act in Music City. Securing a win at the Nashville finals of the NASH FM nationwide NASH NEXT competition, the radio giant embraced the duo as an America’s Morning Show Ty, Kelly and Chuck favorite, regularly highlighting The Young Fables’ songwriting strength in the Ten Minute Tune segment. Partnering with CMT, the network exclusively premiered their first single “Completely,” a song that would go on to find regular rotation on video programming like The Country Network.

This year, TYF have wrapped recording on their third full length album titled “PAGES” with the Grammy Award winning producer Mitch Dane (Jars of Clay, Brandon Heath & Caedmon’s Call). The record will include eleven original works helping to establish The Young Fables’ sonic home in the Country/Americana community as a modern proclaimer and preservationist of classic country’s storytelling roots.

An invitation from Shania Twain to appear on USA Network’s ‘Real Country’, showcased the nation’s top emerging country artists and gained the duo national notability. The Young Fables are gearing up for the release of their feature documentary ‘The Fable of a Song’, chronicling a remarkable series of events that rocked TYF in 2018. Meanwhile, high praises from Rolling Stone and THE PLAYHOUSE TOUR (a route of venues and house concerts across America) are helping to secure the team’s spot on the story of country music 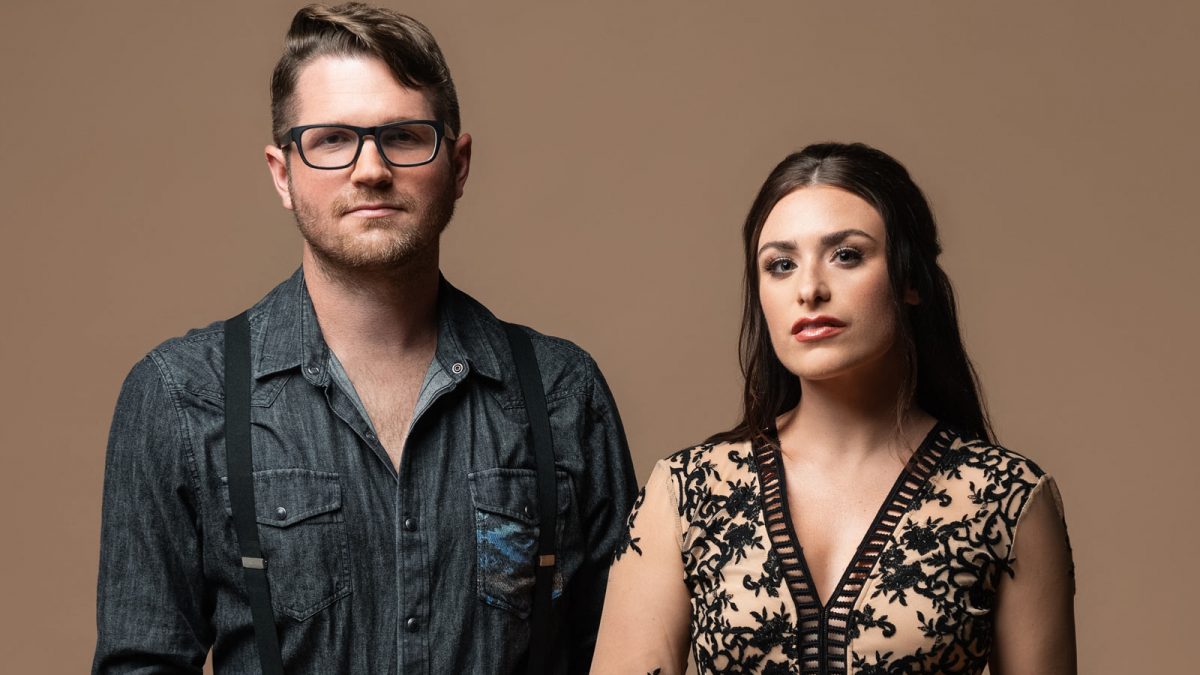