Steve Erwin has just recently moved to Knoxville. Also joinning us is Rosemary Minasian. Let’s welcome them by coming to his Blue Plate Special!

Rosemary Minasian (pronounced “min-ASS-ee-an”) is a singer-songwriter who is currently involved in a multitude of musical projects in New Orleans, LA. They have participated in an “adventure choir,” Murmurations, and Serpentine. Through these opportunities, Rosemary met musical collaborators including Toren Hardee and Peter J Bowling. They formed the experimental trio, Wavering, which released I’m Not Afraid, on Bandcamp, June 4. The majority of the recent release was created pre-pandemic and mixed by Toren last summer. Critically acclaimed “Wallowing Pool” was written by Rosemary.

Ocean Boyfriend started as a cover band project for a Halloween show. Rosemary and two friends, Claire Givens and Howe Pearson,  gathered to do the intricate sibling harmony and sing the quirky lyrics of The Roches. More recently they worked on songs that Rosemary wrote including “Selene.”

Rosemary started writing songs as a teenager. During the pandemic, they wrote over 20 songs. Some were adopted by Wavering, others sung by Ocean Boyfriend, and the rest they do on their own. In late June, Rosemary went into the studio with percussionist and vocalist from the band, Givers, Tiffany Lamson. The goal was to record two songs. Rosemary hopes to release this as an EP later this year.

On their own, Rosemary plays banjo and guitar, plus uses a looping pedal with their voice to create atmosphere as well as back up for their work. 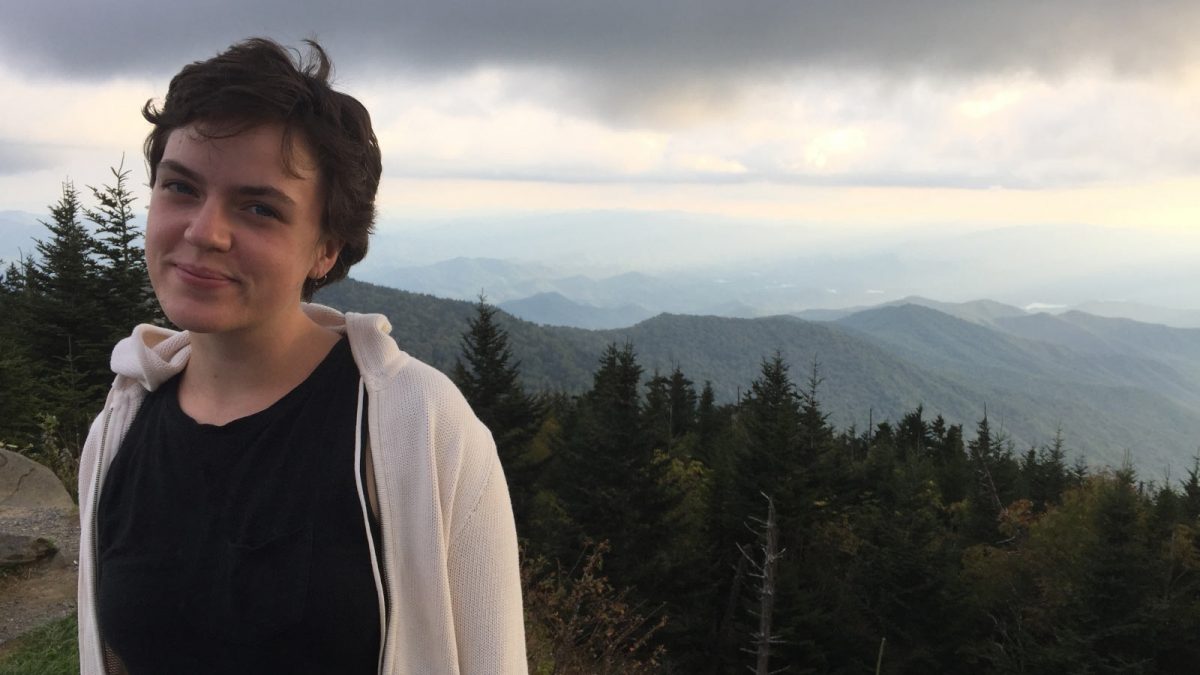