Muriel Anderson is a guitarist, harp guitarist, and composer who embraces music from all over the world. Her playing reflects a sense of grace and joy, infused with humor.

Muriel is the first woman to have won the National Fingerstyle Guitar Championship. Her CD, Nightlight Daylight, was chosen as one of the top 10 CDs of the decade by Guitar Player Magazine, and her “Heartstrings” recording accompanied the astronauts on the space shuttle Discovery. She has performed/recorded with Chet Atkins, Les Paul, Victor Wooten, Tommy Emmanuel and the Nashville Chamber Orchestra.

Muriel’s multimedia show brings you on a planetary tour of tastes, images, and music with a backdrop of stunning visuals by photo-artist Bryan Allen.

Her current release “Acoustic Chef” is a CD of music from around the world with a cookbook of recipes and stories to go with each tune. Her new TrueFire channel brings her in-demand teaching to a wider audience. Muriel is host of the renowned Muriel Anderson’s ALL STAR GUITAR NIGHT® and founder of the MUSIC FOR LIFE ALLIANCE charity. Her current projects and upcoming live-streams can be found at murielanderson.com/now. 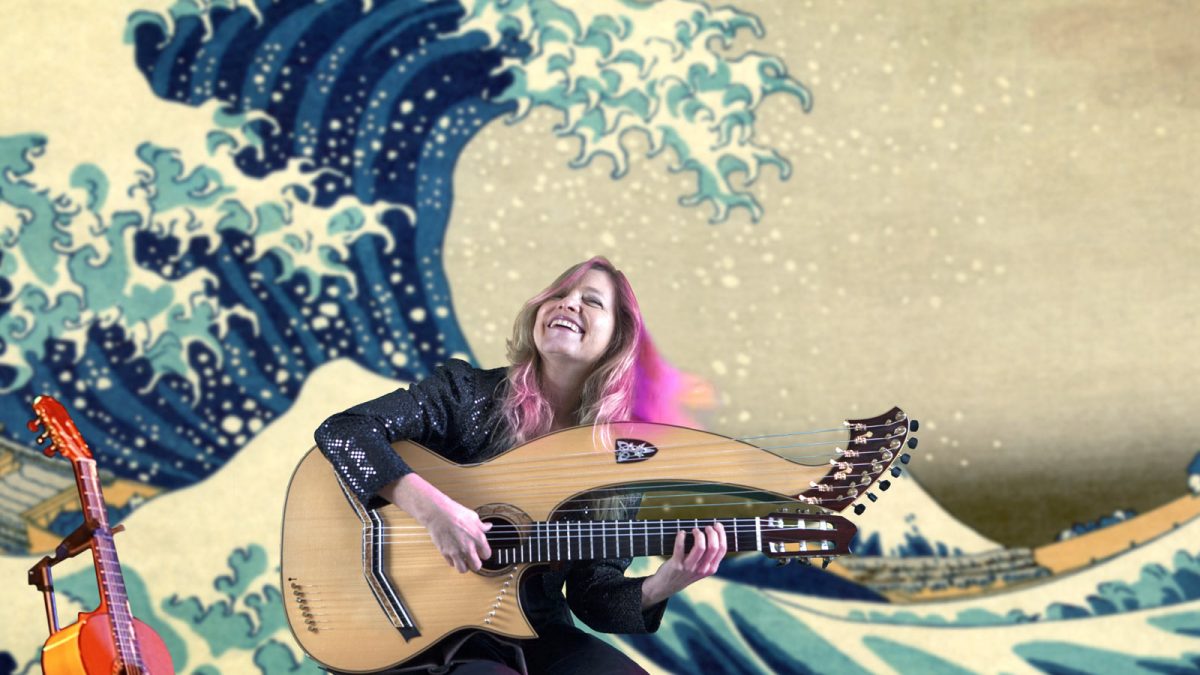