For Juni Ata to happen, it took ten years and a global pandemic. But it has often been the case that out of great difficulty, great art emerges. Of the ten years themselves, the result was worth the wait.

The first seeds of Jesse Daniel Edwards’ musical life were sewn in a field as rich as it is American. Raised first in a small mountain town in Southern California, his was a deeply religious household headed by a career Navy man that his siblings called “The Captain.” There was daily prayer, the study of Scripture, and as it often goes in such homes, very little popular music — Jesse would not hear his first Bob Dylan song until his early 20s. But it was a home of great musicality all the same, for among the wildflowers and mountain streams of this idyllic California scene, Jesse often sat at the feet of his grandfather, listening in awe as the old man performed the songs of TheSound of Musicon a battered ukulele.

During those adolescent years Jesse studied guitar, banjo, mandolin, oboe, saxophone, piano and clarinet. By age ten he had begun composing songs of his own along with his six brothers and sisters, recording some of those efforts in the family’s coal cellar.

Years to come found Jesse living the life of a military bratand moving around the world. After making several home recordings with his family, Jesse formed an acoustic duo with his brother. The group disbanded when Jesse’s brother left to start a family and business and it was then that Jesse began performing solo while working at a summer music camp in the mountains east of Los Angeles. He later moved to Nashville and came under the tutelage of the late Al Bunetta, long-time manager of John Prine. More than a mentor, Bunetta became a close friend and father figure, and was someone who always believed in Jesse’s talent. Al’s death in 2015 was crushing to the musician.

It was also around this time that Jesse’s mother passed away after a sudden illness. And then there was a romantic breakup with a once-in-a-lifetime kind of love. In the swirling events of so much loss, the emotional weather hit hard, never really leaving. “Something snapped and it really broke me,” Jesse said. “It was a combination of losing all those things. I felt like I aged twenty years in one, during 2017. All the songs are about those losses.”

At this time Jesse no longer had designs on a professional music career. He worked in tour management while based in Nashville, spending one five-year stretch on the road with Morrissey, and later working with songwriting icon Lucinda Williams. “Just being able to listen in the corner while these artists divulged the wealth of their experience was such a treat,” he says of his touring jobs. But all this time he continued writing, albeit only for himself. He just didn’t think his music gelled with the currents of mainstream American music. “The industry had changed so much, and I felt like I didn’t really fit anywhere,” Jesse says.

Then something happened. In 2018 Jesse was spending some time in West Virginia with his friend and touring associate Jake Rosswog when the two got drunk together and Rosswog persuaded him to record one of his new songs. “I saw that his writing had really grown in that two or three years,” said Rosswog, who became the galvanizing force behind the whole Juni Ata project.

“I certainly didn’t plan on ever doing anything with those songs,” says Jesse, but it was that one recording that got the ball rolling. When the two friends got back to Nashville, they started hatching plans for a full-length album. Jesse continued to write and polish songs for the effort, and Jake, who helped with some of the songwriting, started focusing on the big picture. As the project’s producer, Jake was able to enlist the support of Steve Cropper, the legendary Stax Records guitarist, who at the time was leasing RCA Studio C and agreed to come aboardfor some additional production.“He was writing poetry and his true-life story,” Cropper said of Jesse’s songs.

“I learned so much from working with Steve Cropper,” Jesse says. “He really took the time to listen to what I was doing and weigh in.” From there Jesse and Jake recruited a cast of musicians and settled on Juni Ata as Jesse’s nom d’artiste. Initial tracking was conducted at RCA Studio C in 2018, and there was born the album Saudade, which is a word of Portuguese origin that is loosely translated as a “deep, emotional longing.”

The sound on Saudade is lush; one might even say it’s an organic, acoustic version of Phil Spector’s Wall-of-Sound, and it forms the perfect vehicle for conveying the yearnings within the music. Before recording began, Jesse was thinking that he’d simply perform solo acoustic in the studio, because that is what he’d always done, but Jake had different ideas. “The wall of sound was all Jake’s vision,” says Jesse, “so I could just go in there and focus on the words and the story, and everything else orbited around that.”

The melodies on Saudadeare instant earworms, but they are natural and fresh — none of them register as programmatic, though they do come with some radio-ready hooks. If there is any precedent to the sound of Saudade, it might be the work of ’90s bands like Travis and Keane if they were coupled with the melodic dexterity of a singer-songwriter such as Michael Penn.

Opening the album is “Philadelphia,” a song about finding the strength to move on, which sets the tone for the rest of the story. The following track, “Fight Hard, Run Fast,” explores the fight-or-flight instincts that come with the arrival of life-changing events.

Many of the songs deal with downtrodden themes, yet the music is filled with a vibrant buoyancy, coming off like a deep kiss to the possibilities of life. “All My Tomorrows (Are Mondays)” recalls prime-era Ron Sexsmith, while the get-up-and-go of “Good Enough Ain’t Bad” summons the FM radio anthems of Gin Blossoms. “Room With A View of A Room With A View,” which features vocal assists from Matthew Ryan and Madi Diaz, sports a slowly building orchestral crescendo and is one of the many album highlights. “Jesse has a way with words and seems lit by the real roots of music, the true music,” says Matthew Ryan. “With our culture as it is, and how often brand seems to come before soul, it was a good fire to see that. He’s got a bit of a Van Morrison thing about him.”

Saudade was recorded in the fall and winter of 2018 yet there were no initial plans for a release in 2020, and then Covid-19 hit. The entire touring industry was shut down and both Jesse and Jake were stuck at home, and Jake felt this was the perfect time to get Saudadeout. He was absolutely right — it is the right album for the moment. After all, it’s an album that reckons with a decade of heartbreak and loss, and yet, it’s not a cry of defeat, for these are spirit songs, full of courage and catharsis, pointing to a better tomorrow.

Jamie Adamson has spent the majority of his life singing and writing songs. Jamie grew up between Alabama and Mississippi where he was either listening to his Grandpa Herman play guitar or fiddle around the wood stove in the back room of their old general store home place or watching his mother and dad sing in church. Jamie eventually became a part of those old gospel style camp meetings where he started out playing a snare and high-hat with Pastor Ray Thompson. Jamie would soon get his first guitar at age 13 from Pastor Ray and take his first crack at learning to play an electric guitar. The skills he learned early in life carried him on to Nashville at the age of 23. Where he honed his singing and guitar skills to the degree of actually becoming a working musician. Jamie toured the casino and club circuit for many years and shared a stage with greats like Steve Cropper of The Blues Brothers Band, Blind Mississippi Morris, Jerry Waddell, Ryan Larkins from CMT Can You Duet, Jennie C Riley, and Mark Collie. Jamie moved back to the Alabama Gulf Coast in 2015 and is looking to build on the music career he started in Tennessee. If you have an opportunity to see him perform you will not be disappointed. Jamie’s songs are written with heart felt lyrics, coming from true life experiences, and filled with pure raw emotion. 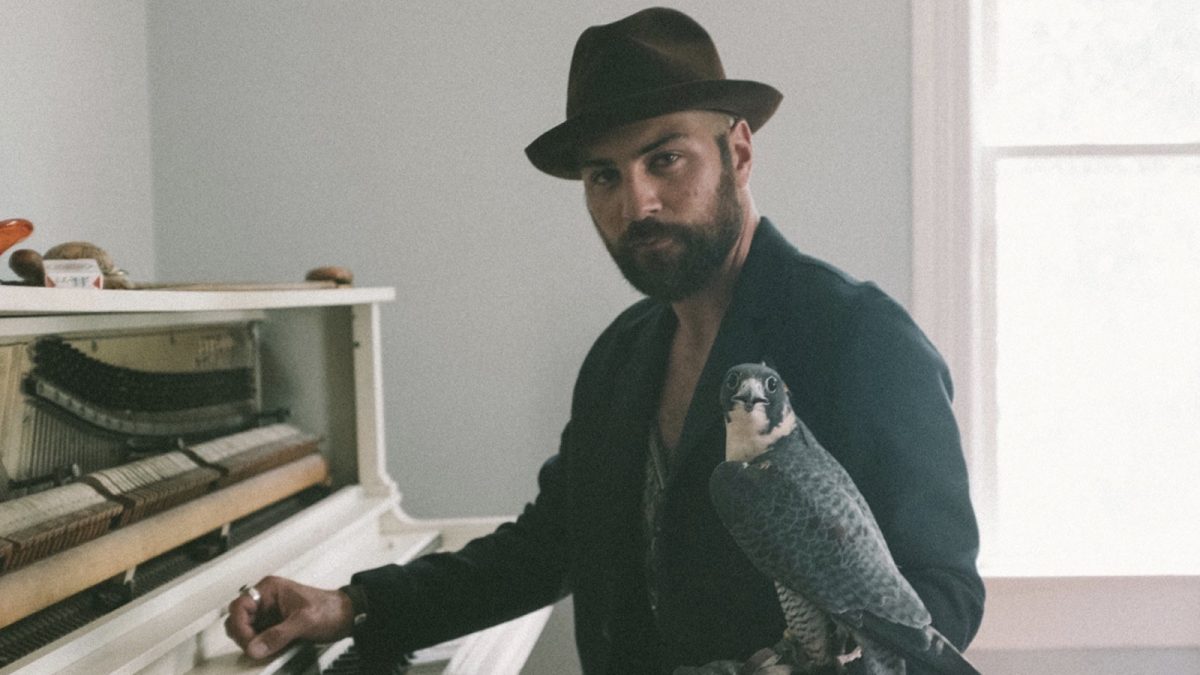