This project formed in 2012 (roughly) in Naples, FL under the moniker My Girl My Whiskey & Me. As a founding member, George chose the name (MGMW&M) based on a song by the Rayado Ruffians. This song represents the life changing moment when George first encountered the mandolin, as well as bluegrass music.

Fast forward about 2 years, when the band has undergone some changes in their lineup and emerged with only 2 members- George and his new wife, Kelly.

With a fresh start in Upstate South Carolina, we began to hone in on our own sound, our own writing style. We wanted to marry the earthiness of Appalachian music with… everything else, lol. We’ve used terms like “Progressive Bluegrass” and “Folk Rock” often, but we’re not committed to a genre. A fan once affectionately dubbed our sound “Zappalachain”, which we very much appreciate. Between our original and cover material you’ll hear jazz, blues, punk- no genre is safe.

In the summer of 2017 we released our debut album, In The Ground, with Other Southern, just before embarking on a year-long tour of the United States. Which states? All of ‘em. Go big, or go home, amIright?

In 2016 we became more than a duo when we added Robert Gowan on the violin, Vilai Harrington on the banjo and Josh Riley on the bass.

This was an idea we’ve been sitting on for about 7 years. There are several reasons that led to this decision, the most significant being that MGMW&M just didn’t seem to capture what this project is about. We hope that Wilder Things Than Us does a better job of that. We hope it’s a name that will help us better connect with our audience and our scene.

We’re excited to be working on a new album! Come out to a show and let us know what you think of our newest tunes. Thank you!

Hailing from South Florida, The Copper Tones bring sunshine wherever they go. Roots music with a favorable twist of Soul, Rock, Americana and more, they’ve coined their genre as “Soulgrass.” This group of talented and diverse multi-instrumentalists give a performance not to be missed! The Copper Tones have gained recognition both nationally and internationally. 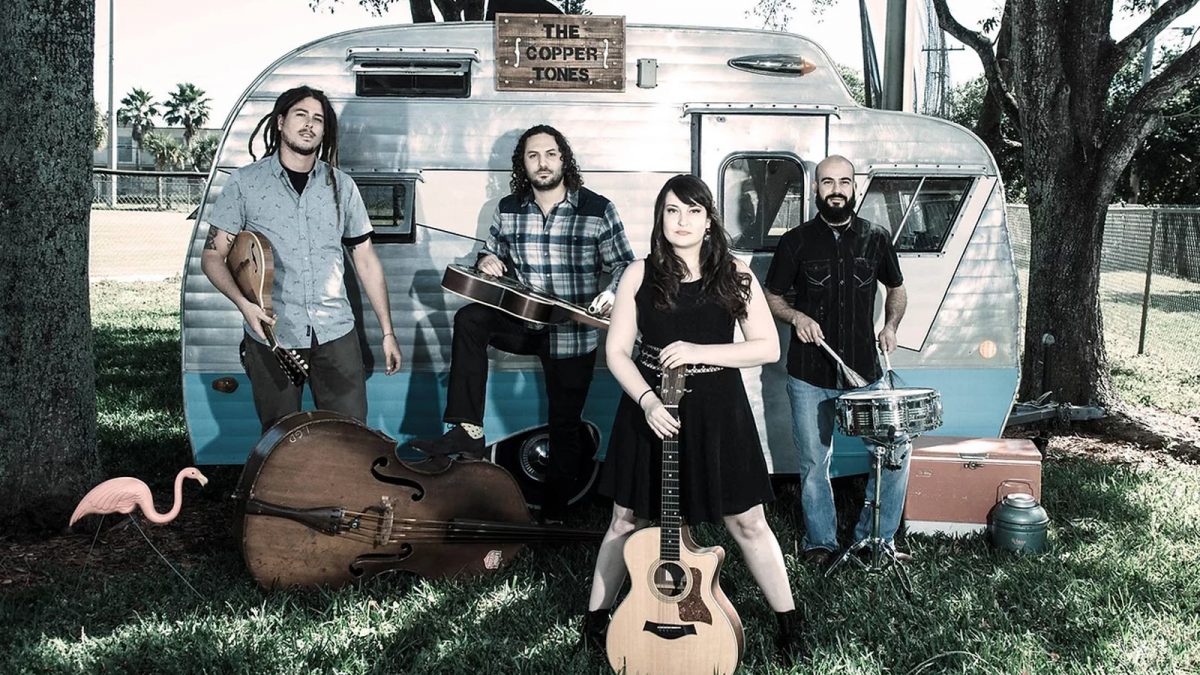