“Rogers and Jutz are a match made in musical heaven. On Surely Will Be Singing, the duo’s sterling harmonies float over the warm intonation of Rogers’ dashing fiddle and Jutz’s crisp guitar licks, producing a sound that echoes with the front-porch, feel-good notes of old-time music and delivering reflective, tender ballads about life and love.”
-No Depression

January 21, 2022 – Nashville, TN – “Archival music effectively replicated by two storied superstars” is how Holler sums up Surely Will Be Singing, the new album from Tammy Rogers and Thomm Jutz. Available everywhere today via Mountain Fever Records, this twelve-song collection was culled from the 140+ songs King and Jutz have written over the years. “We’d always talked about making a duo record,” Jutz says. “We’re both very serious about what we do but we’re also very easygoing in the way we approach things. That’s at the heart of how we write. We’re both willing to see where things naturally go. I love that because at the end of the day, we usually wind up with something I wouldn’t have come up with on my own,” Rogers adds. Stream, save, or purchase Surely Will Be Singing right here.

Surely Will Be Singing in the news:
Holler praised both artist’s strengths in their review by saying, “Still, it’s not only the material that matters, but the musicianship involved as well. As noted, both individuals are adept at their craft. Rogers’ fiddle frenzy is always a showstopper on stage and in the studio, while Jutz has long been considered one of Nashville’s top-flight guitarists. That combination transforms each tune, ensuring that the execution remains solidly in sync.”

About Tammy Rogers: When Rogers was around 5 years old, her family moved from Rogersville, Tennessee, to Texas. Her father bought her a three-quarter size fiddle a few years later and it immediately became an extension of herself. Along with playing and touring with her family’s bluegrass band, she absorbed the music of her grandmother’s records whenever she’d travel back to Tennessee in the summertime. Among her earliest memories are listening to The Carter Family and seeing Mother Maybelle Carter and Sara Carter holding the guitars on the album cover – and once, as a young child, traveling to Gatlinburg, Tennessee, to hear Mother Maybelle play the autoharp.

In the years that followed, both musicians achieved remarkable success in Nashville’s diverse music community. Rogers landed her big break when she was hired to play fiddle in Patty Loveless’ band in 1990. Later in that decade, she co-founded one of Nashville’s earliest alt- country indie labels, Dead Reckoning Records. In 2016, Rogers won her first Grammy with the SteelDrivers for their album, The Muscle Shoals Recordings, which was awarded best bluegrass album.

About Thomm Jutz: Jutz’s pivotal moment came when he watched Bobby Bare singing “Detroit City” and “Tequila Sheila” on a German television show. That epiphany set him on a course of learning to play guitar and seeking out as many bluegrass and folk records as he could. After writing songs for the bands he formed in high school, Jutz began to study the craft. Following his lifelong dream, and inspired and encouraged by his mentor, songwriter Richard Dobson, Jutz moved to Nashville in 2003 and became a U.S. citizen in 2008.

Now firmly established as a producer, musician, and songwriter, Jutz received his first Grammy nomination, in the Best Bluegrass Album category, for his 2020 set, To Live in Two Worlds, Vol. 1. He’s written or co-written innumerable bluegrass radio hits, recorded by artists like John Prine, Balsam Range, and The Steeldrivers. And most recently, in 2021, Jutz was named IBMA’s songwriter of the year. 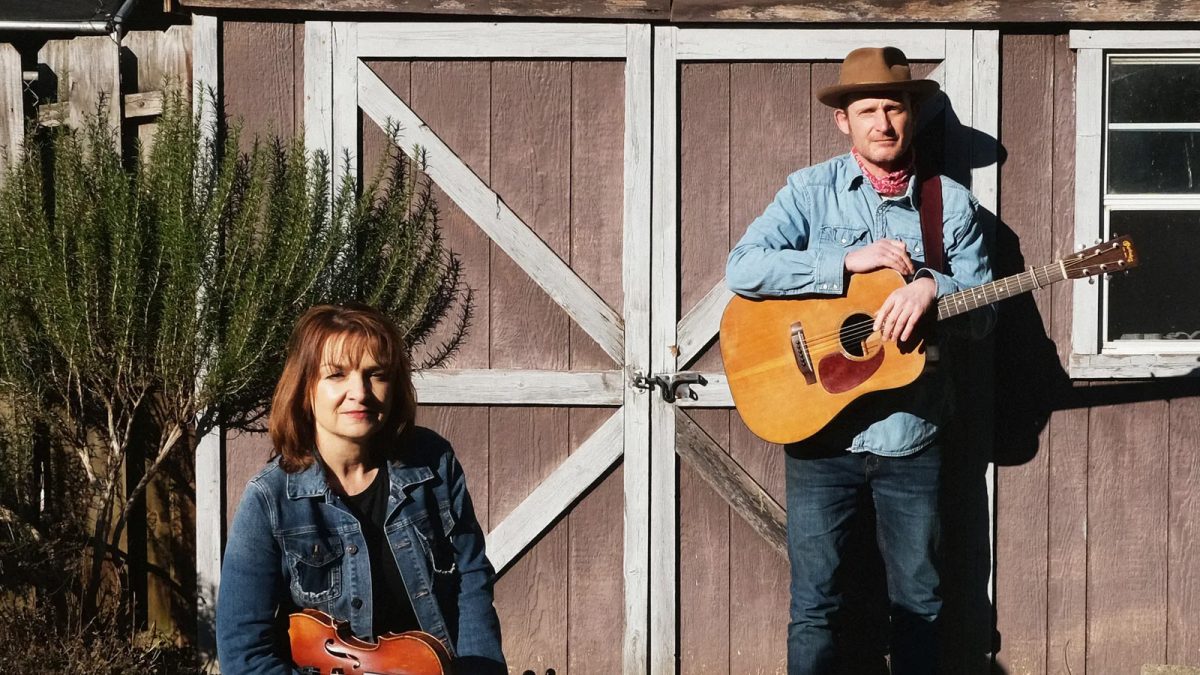