Long before Dave Eggar was renowned as a world class cellist, writing, performing and recording for years with Amy Lee and Evanescence, enrapturing us with his solo intro to Coldplay’s #1 smash “Viva La Vida,” touring with American Idol winner Phillip Phillips and music directing symphony orchestras on tour with Foreigner, he quietly launched a solo career as a composer/pianist, releasing the solo piano albums Serenity (1998) and Angelic Embrace (2002). Sidelined from his whirlwind road and studio career during the pandemic lockdown, Eggar made major changes in his life – including moving to Bristol, TN – a small town in Appalachia – after years of living in NYC.

The downtime also allowed him time for quiet reflection and a full circle return to the simplicity and purity of his roots – a creatively empowering experience that led to the creation of his new perfectly titled solo piano collection, Awakening. It is Eggar’s fifth release on Domo Records, a discography that includes those first two albums as well as Left of Blue (2005) and Kingston Morning (2010).

Awakening was produced by Chuck Palmer, a prolific drummer/percussionist songwriter, engineer and arranger who served as orchestral conductor and percussionist on the Foreigner tours. Featuring Eggar working his transcendent magic on a Steinway B, it was recorded and engineered by Davis Hart at Pulp Arts in Gainesville, FL. With the exception of “Coming Home” and the album’s dramatic closer “New Dawn” – the two tracks featuring wordless, choir-like vocalizations by Avalona and Priya Darshini, respectively, the original pieces were composed by Eggar and Palmer. “Coming Home” was penned by Eggar and Dina Finai (a.k.a. Avalona), while “New Dawn” is by Eggar, Palmer and Darshini. “New Dawn” also features percussion by Will Calhoun of the iconic band Living Colour.

The only other instrumentation is Phil Faconti’s guitar and Eggar’s cello, which adds a haunting harmonic shade to the lyrical “My Simple Gift,” which is the pianist’s interpretation of a piece from legendary composer Aaron Copland’s “Appalachian Spring,” a work that premiered in 1944 and achieved enduring popularity as an orchestral suite.

Eggar’s inclusion of “My Simple Gift” is a way of paying tribute to Copland, who in his later years lived in Eggar’s hometown of Croton-on-Hudson NY and was Eggar’s piano teacher when he was six. It is also a way of acknowledging the pianist’s mellower but still quite vibrant life now in Appalachia, considered by some to be the birthplace of country music. Over the years, Eggar has played bluegrass at various festivals in the region. In his liners for Awakening, Eggar writes, “This record is dedicated to the city of Bristol VA/TN where I found a safe haven during the pandemic of 2020, and is a tribute to strength, perseverance and truth.” One of the most beautiful and meditative pieces on the album, “Bristol Morning,” makes reference to this feeling of rebirth in a place where he truly felt he was, indeed, coming home.

In a time when streaming sometimes relegates album art and packaging to an afterthought, it is important to note that the gorgeous, impressionistic and sunsplashed album artwork was created by Robert Redford’s wife Sibylle Szaggars Redford, a German born multimedia environmental artist whose artwork – largely inspired by nature, ancient cultures and the Moroccan and New Mexican high desert – has been exhibited throughout Europe, Monaco, Peru, Singapore, Japan, Suriname and the U.S.

Beyond an opportunity to revisit a more introverted, inward looking mode of expression, the 14 tracks of Awakening take the Julliard trained musician back his childhood, being a classical piano prodigy not only meant playing Schumann’s Carnivale, Chopin’s Nocturnes and pieces by Gabriel Faure and Debussy, but a comforting way to improvise and tell stories to express himself. Eggar’s fascinating history as a prodigy, which includes performing on Broadway and with the Metropolitan Opera at age seven and debuting at Carnegie Hall at 15 – usually takes precedence in his official biographies. Yet it’s the way music helped him cope with the more challenging elements of that childhood that tell the real story of his unfolding genius.

“Over the years, being a cellist won out in terms of being my extroverted ‘social’ instrument, and it was fun to play it in chamber music and orchestral settings,” says Eggar, who in addition to being in great demand with jazz and pop music royalty (Michael Brecker, David Foster, Taylor Swift, Tony Bennett, Andrea Bocelli and Esperanza Spalding, among scored of others) has collaborated with the New York City Ballet, the Jose Limon Company, Attack Theatre, Pendulum Aerial Arts, Shen Wei Dance, San Francisco Ballet and Complexions Contemporary Ballet. He has also appeared as a featured soloist with the Thailand Philharmonic, The Sydney Symphony, the Melbourne Symphony, the Metropolitan Opera Orchestra and the New York Philharmonic.

“Throughout my life, however, the piano has remained a kind of personal and poetic space for me,” he adds. “I had created a beautiful base for myself with those first two albums and then of course, as appreciative as I am for the opportunity to work with so many great artists and orchestras, my career also became very complicated. Even before the pandemic, I had been thinking about making a record like Awakening to share this part of myself, but from the perspective of having done so many other things and collaborated with hundreds of great musicians. Because of my schedule, I couldn’t find the way in – but the lockdown afforded me that time.”

One of the reasons Eggar titled the album Awakening is that as he and Palmer immersed themselves in the compositional process, the project became a real reckoning for the pianist. It wasn’t just a nice side project to fill the time, but an essential creative rebirth after spending years on the road and in the studio on behalf of others. In every moment of stillness, his question to himself was always, “What do I want to say poetically?”

Beyond representing his personal spiritual flow creating the project, the title also has a universal application to the journeys everyone went through in a year fraught with fear and anxiety and where the issues of justice and equity in our culture were spotlighted like few other times in American history. Eggar says the cautious climax with Priya’s vocals on “New Dawn” is meant to be a musical question about how we may redefine our collective narrative moving forward – like, “What does that awakening mean and how do we do it better? As we re-emerge, what do we re-emerge as? Where do we find the courage to face what’s next?”

“Once I decided to start writing and recording Awakenings, I had some anxiety about how to approach it because Serenity and Angelic Embrace were so wonderfully organic,” he says. “There’s something scary about trying to recreate the feeling of something that happened so magically early in your life. But working with Chuck, we were able to go on a deeper meditational journey that felt very natural, connecting to the simplicity of those younger days while also being reflective of this unique moment in time. My hope is that people will likewise connect with this expression of musical poetry, and I am excited about the opportunity to touch them collectively and individually with these pieces.” 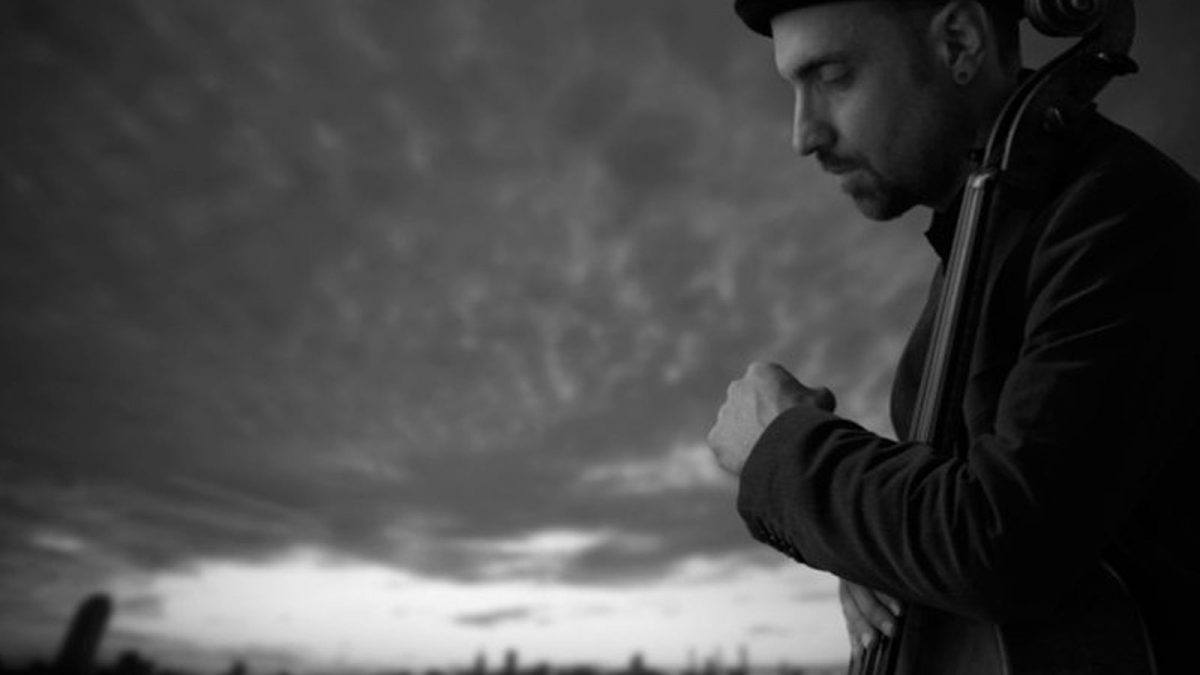