Hailed by Rolling Stone for their “celebratory mix of sharp storytelling and fist-pumping rock & roll swagger,” Andrew Leahey & the Homestead are a timeless band for the modern age, rolling a decade-spanning wealth of influences — the heartland hooks of Tom Petty & the Heartbreakers, the sweeping guitars of George Harrison, the power-pop of Cheap Trick, the piano craft of Harry Nilsson — into a contemporary sound.

It’s a sound that’s taken the Nashville-based Leahey around the world, from sold-out shows in Norway, Mexico, and South Africa to a string of cross-country tours back home. Along the way, his songwriting has left a unique mark, propelling him up the Americana Airplay charts one minute with “Little in Love” (from his band’s 2016 debut, Skyline in Central Time) and finding a home on pop/rock radio with singles like “Start the Dance” and “Airwaves” (both taken from his international breakthrough, 2019’s Airwaves) the next.

Leahey breaks new ground with American Static. It’s an expansive double album, recorded with bandmates Jay Dmuchowski and Dan Holmes and stocked with the widest-reaching music of the band’s career. Released in two volumes, American Static veers between larger-than-life rock anthems (“Shadows That Still Stretch”), Beatles-inspired piano ballads (“My Avalanche”), and 1980s-influenced pop revivalism (“Become the Enemy”), its diversity glued together by a band that has never been afraid to blur the boundaries between genres. Fueled by inspired vocal performances from Leahey, who previously spent two years singing with the Juilliard Choral Union in New York City, the record doubles as a showcase for the electric guitar, featuring fretwork not only from Leahey — an in-demand guitarist who has backed up artists like Butch Walker, Will Hoge, and Elizabeth Cook (in whose band he regularly performs) — but also from guests like Sadler Vaden (Jason Isbell) and Ariel Posen (John Mayer, the Bros Landreth).

Collaboration has been a consistent thread throughout Leahey’s time in Nashville. In one of America’s busiest music scenes, he’s become a cornerstone — a musician who fronts his own band, regularly plays guitar for other acts, and hosts a series of all-star charity shows featuring artists of all stripes. Those collaborative gigs (dubbed “Homestead Holidays”) have become a staple of Nashville’s music community, raising money for social rights organizations and animal welfare agencies along the way.

Many of the 18 songs that make up American Static, Vol. 1 and American Static, Vol. 2 were debuted during the Homestead’s year-long “Live & Online” livestream residency, which found the band playing 52 weekly shows during the Covid-19 era. Those shows became a Thursday night staple for thousands of fans, landing Leahey a spot in the Top 40 of Pollstar’s Livestream chart.

For Leahey, it wasn’t the first time he’d turned to music to maintain a sense of perspective during a health scare. Years earlier, he’d been diagnosed with a brain tumor that sat on his cochlear nerve, jeopardizing not only his hearing, but his survival, too. The life-saving operation to remove the tumor took 12 hours; the recovery took more than 12 months. When Leahey returned to the road, he did so with a renewed purpose, crafting rock & roll anthems that celebrated life, longevity, and everything he’d previously taken for granted.

“This project came together while we were all stuck at home,” says Leahey, who wrote all 18 tracks. “I certainly felt like a static American, shut indoors for a year. But there’s a real sense of movement to that title, too. Imagine a radio dial that’s being turned, with static occurring between stations. That static is simply the noise you have to hear before you find something better. To me, American Static represents both sides of the coin. It’s an album about immobility and transition — about the things that linger in our way, and the paths we take past them.” 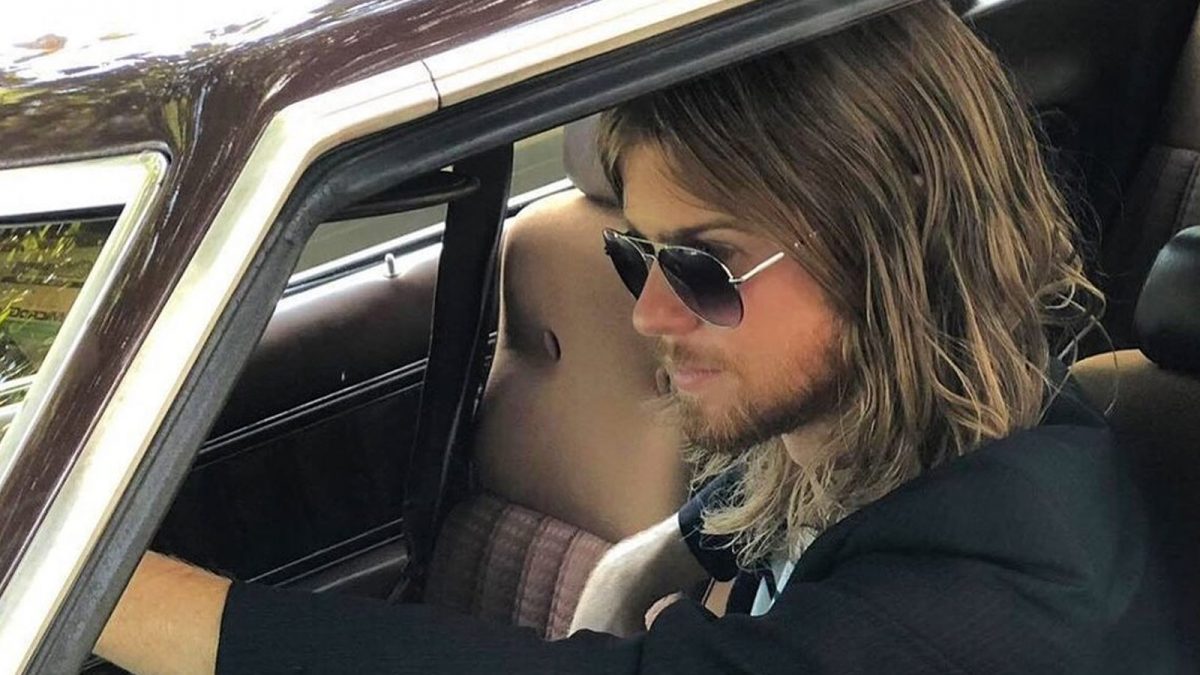