RB Morris is a poet and songwriter, solo performer and band leader, and a sometimes playwright and actor from Knoxville, Tennessee. He has published books of poetry including Early Fires (Iris Press), Keeping The Bees Employed, and The Mockingbird Poems (Rich Mountain Bound), and music albums including Spies Lies and Burning Eyes, and his most recent solo project Rich Mountain Bound. He wrote and acted in The Man Who Lives Here Is Looney, a one-man play taken from the life and work of James Agee, and was instrumental in founding a park dedicated to Agee in Knoxville. Morris served as the Jack E. Reese Writer-in-Residence at The University of Tennessee from 2004-2008, and was inducted into the East Tennessee Writers Hall of Fame in 2009. He currently lives in Knoxville with his wife and daughter.

Greg Horne performs solo and with the Greg Horne Band. He also plays guitar, fiddle, mandolin and pedal steel with R.B. Morris, Wild Ponies, Jay Clark and the TN Tree Beavers, the Bearded, and many other artists. He lives in Knoxville, Tennessee.

Greg teaches music lessons and workshops, and is the author of over a dozen books on guitar, mandolin, ukulele, bass and songwriting published internationally by Alfred Publishing.

Sideline was formed in 2012 as a “jam band” for a group of friends that played professionally in other bands. They started playing together as a fun alternative when their bands were not performing. In a short time they discovered their own identity and style, and realized their tour schedule was getting full. They decided to take a leap of faith and commit to the group full time. The band was named “Sideline” by founding member Darrell Webb, due to its origin as a “side band”. Sideline has had different configurations over the years, but the three founding members Steve Dilling, Skip Cherryholmes, and Jason Moore led the band through it all until Jason’s untimely passing in November of 2021. Steve and Skip decided to continue on with the band in honor of Jason’s commitment to the band and love for the music.

In just under a decade Sideline has achieved a list of musical accolades. The song “Thunder Dan” not only held the #1 spot on the charts for multiple weeks, as well as the #1 song for the entire year 2018, it also won the 2019 Song of the Year award with the International Bluegrass Music Association. Sideline has had many chart-active/chart-topping hits, including, “Just A Guy In A Bar”, “I’ll Always Be A Gypsy”, and “Jesse’s Barn” from the group’s latest album release “Ups, Downs and No Name Towns”. Both in title and in musical performance, this album reflects the band’s obstacle-ridden journey, while also acknowledging the recent struggle of the music industry — and especially its professional touring musicians — to cope with a months-long, pandemic-driven shutdown. The song “Old Guitar Case” (lyrical inspiration for the album title) delivers a depiction of the details of a road musician’s life, revealing profound truths about journeys of hardship and triumphs, victories and defeats — all undertaken with the aim of reaching new heights as the music and the community it builds continue to grow. 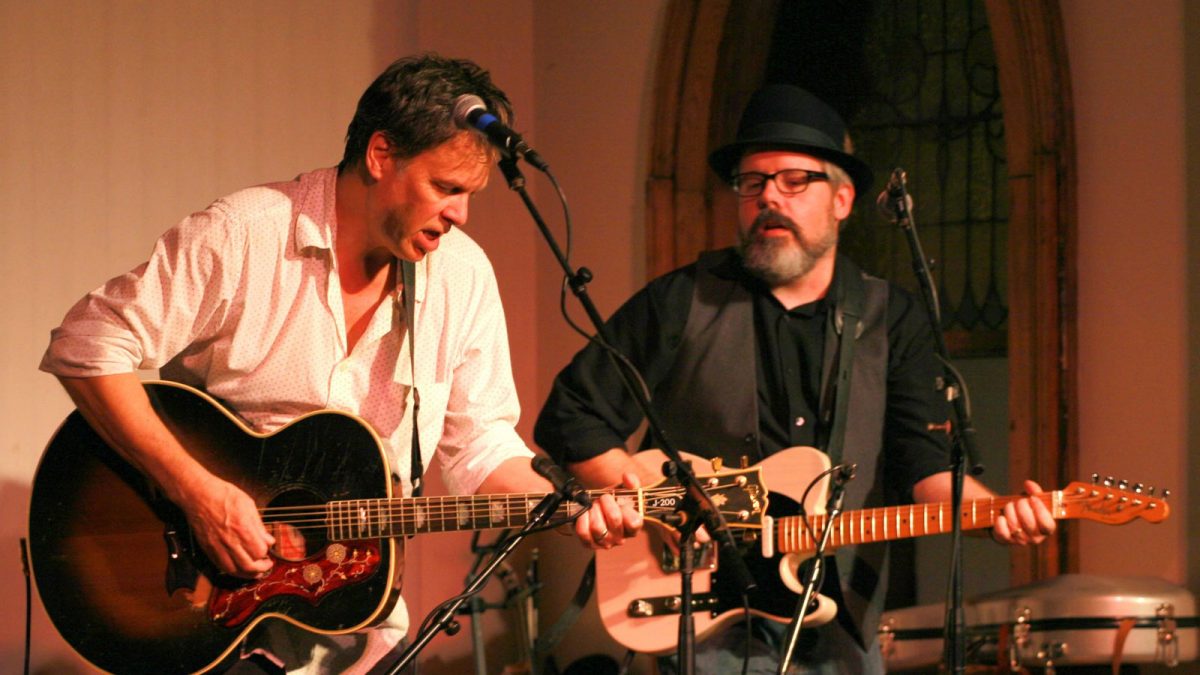