With her acoustic-based, Americana and blues-influenced folk rock, Jodie Manross has become one of East Tennessee’s top singer-songwriters. Known as “the little woman with the big voice,” this petite folk singer possesses a powerful voice much larger than her size and surprises audiences with her soulful delivery of songs. Knoxville, TN’s Metropulse, who voted her Knoxville’s 2010 Best Female Vocalist, comments, “…her vocals are the center of the music. Her singing and intimate songwriting shows varying shades of emotion – mournfulness and desperation to jubilance.” Performing in concert halls, coffeehouses, and colleges throughout the United States, Jodie has opened for many talented, diverse musicians such as B.B. King,
John Mayer, Keb’ Mo’, Rusted Root, Jonatha Brooke, Dar Williams, Hayes Carll, Me’shell Ndegeocello, Norman Blake, Blind Boys of Alabama, and Leon Russell.
While Jodie plays her left-handed acoustic guitar, she also often performs with a talented guitarist Laith Keilany. Many have recognized the strengths of their dynamic live show: “With Manross’ booming voice and the group’s energetic playing…they quickly have made a name for themselves (Metropulse).” Laith Keilany composes on acoustic guitar and oud, an 11-stringed Middle Eastern instrument, bringing a unique element to their performances. Laith brings his strengths of alternative tunings, unusual chord progressions, and stinging slide guitar abilities to the stage. Their reputation of being committed live performers as well as their onstage banter has created a buzz about their shows. Asheville’s Mountain Express exclaims, “Together they create a combination of soul with modern folk and rock.” Knoxville’s Daily Beacon calls them: “a terrific musical outfit that has earned its fans with a wonderful live reputation…talented instrumentalists all of whom display the capability to rock out with the best regional world-beat musicians.” Jodie and Laith regularly play in venues such as Atlanta’s acoustic club Eddie’s Attic as well as at many Southeastern festivals such as 2006 Bonnaroo, Chattanooga’s Riverbend, Knoxville’s Sundown in the City, and Atlanta’s Dogwood Festival. This versatility further demonstrates their unique appeal and ability to reach diverse audiences of both rock and folk genres. Jodie has also begun recently performing solo shows. These recent shows showcase Jodie’s intimate writing style, her fiercely personal lyrics and her voice that ranges from powerful and compelling to quiet and honest. Currently a trio, Jodie and Laith recently added Jodie’s New Yorker husband Russell Tanenbaum on acoustic guitar, mandolin, and percussion.
Jodie has had music featured on television shows, such as So You Think You Can Dance and has performed music with many dance companies around the United States. She recently moved back to Knoxville, TN after five years in New York City, where she recorded her fourth album, Myth of Solid Ground and had the honor of performing at the United Nations.
This up and coming roots singer-songwriter breaks the traditional singer-songwriter mold and is refreshingly impossible to categorize. This year, Los Angeles’ Entertainment Weekly exclaimed, “Soon you’ll be calling her ‘the’ Jodie Manross.” With original music that embodies both grace and power, Jodie Manross is not to be missed.

Casey Jones is an american singer/songwriter and multi-talented freelance musician living in Tennessee.

Anthony Childress is a musician with the heart of the past and the hope of the future. He hopes to bring you familiar sounds in an unfamiliar way, giving you a fresh taste of this wonderful thing we call music. 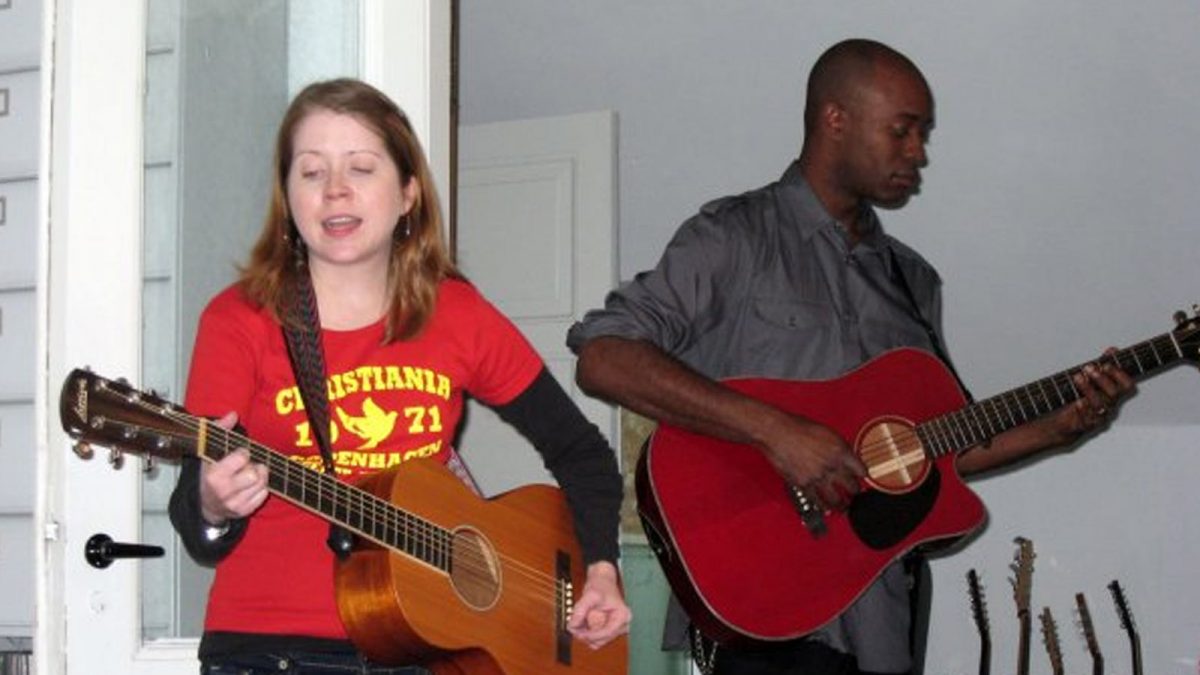