Sean K. Preston is an internationally touring band from Baltimore, MD. Signed to RUSTY KNUCKLES MUSIC , their latest album “Forgive” was released in November 2018. Currently, the group is touring the country to share stories told in the tongue of Americana, Punk Blues, Mountain Gospel and Rock’n’Roll.

The music of Sean K. Preston draws heavily on the influences of the classic heartbroken sounds of Country & Western music from the 40’s through the 70’s, the honesty of the Blues by the likes of Robert Johnson and John Lee Hooker, the bombast of 50’s Rock’n’Roll, the lyrical sophistication of musical poets like Leonard Cohen, Bob Dylan and Nick Cave, the raw energy of Punk, and the spirituality of Mountain Gospel. His own songs range from delicate laments and lullabies to fiery sermons and confessions.

Sean’s interest in music developed as a teenager while growing up in Alice Springs, a small desert town in northern Australia. Sean fell in love with the early Rock ‘n’ Roll, Country, and Blues that filled his father’s record collection. When he and his family moved to the United States, Sean would go to his first rock concerts, inspiring him to learn guitar. Eventually, Sean’s music took him to Ireland where he made his living performing on the streets of Dublin. His move back to Baltimore prompted a successful solo career with his self produced debut record “Hoarse Whisper” and his 6 song EP “Sean K. Preston.” In 2013, Sean began to form his touring band “Sean K. Preston & The Loaded Pistols” and released a full length album, “The Colt From Old Regret.” The addition of two integral members in 2013 and 2015 gave Sean the audacious sound he was searching for.

Christopher “Sparky” Spiridigliozzi went from beating on trash cans as a kid growing up in Hampton, VA to drumming and singing in gigging garage rock bands by the time he was 16. Sparky taught himself guitar during his time in the US Navy and eventually made his way to Baltimore where he spent 7 years playing guitar and singing as the frontman for Mother Jefferson. After building a career in radio and raising a family, Sparky went back to drums full time playing for numerous Baltimore based garage, surf, and punk bands. When he is not touring, Sparky is expertly repairing vintage drum kits at Baltimore’s most reputable drum shop or writing and recording for his solo musical project, Sparky’s BUTTERKNIFE.

Cory McGrath was raised on Black Sabbath and Bad Company in the military town of Browns Mills, NJ. His love for playing music began with drums, but he would later go on to play upright bass for 8 years with Full Blown Cherry. Cory’s style is heavily influenced by the sounds of 1960’s garage rock and high octane country. He currently resides in Philadelphia, PA. When Cory isn’t playing music on the road you can find him hunched over his 1944 Chevy project in the garage or driving around in his 1976 Ford Torino.

Sean K. Preston & The Loaded Pistols have appeared on stage at Muddy Roots Festival, Westport Roots Festival, and Crooked Smile. They spent this past winter in the studio recording their FORGIVE and shooting music videos. With a national tour under their belts, the band is spending spring in Europe and the summer of 2019 touring the east coast with appearances at Muddy Roots & Heavy Rebel Weekender and working on new material. 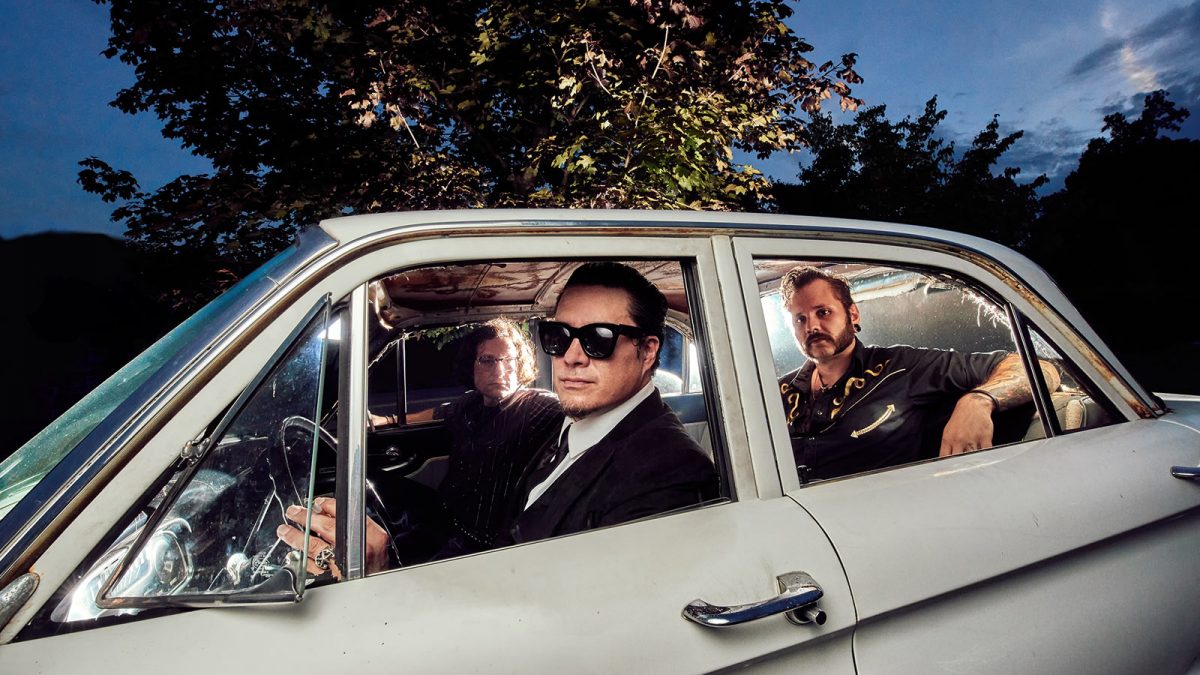