With her lyrically driven songs, Rachel McIntyre Smith’s comfort twang music reminds listeners of the classics while also adding a relevant and fresh perspective. Three Chords Country writes that her “flair for storytelling and her killer voice set her head and shoulders above the rest.”

Raised in the small East Tennessee town of Oliver Springs, Rachel began intensive piano training at 9 years old. She won the Tennessee State Piano Competition twice and earned the Paderewski Medal for Guild for 10 years of superior ratings in a row. This strong background of music theory allowed Rachel to excel in other areas of music. She taught herself ukulele and guitar and also served as clarinet section leader in her school band. Although she always dreamed of being a singer, her bashfulness kept her from singing in public until she was a junior in high school. She made her debut singing “Please Mister Postman” in the high school theater arts production of “Ducktails & Bobby Socks.”​

She went on to study Communications and Spanish at The University of Tennessee at Chattanooga. There she learned web design, graphic design, social media marketing, videography, and other skills needed in order to succeed in a world where all musicians have to double as content creators.

Some of her first original songs were “The Kitten Song” (an ode to a rescued kitten) and “Miss Highfalutin” (a cheeky song poking fun at condescending people). Upon graduating from college, she compiled 13 demos of her original music and began sending them to venues. Due to the quirky subject matter of “The Kitten Song,” she became a regular performer at cat cafes. “It’s like playing a cozy house show with 30 or so cats,” comments Rachel. “It’s amazing.” In early 2020, she launched a concert tour of those feline-friendly venues.

Rachel began working with producer Dran Michael in the fall of 2020. Since the beginning of their partnership, Rachel has released several singles and is set to release her debut EP, Glory Daze, in the fall of 2022. After the title track, “Glory Daze,” went viral on TikTok, Rachel saw her audience double in a matter of days. People compared her songwriting to the stylings of country music legends, including Dolly Parton, Brandi Carlile, and Linda Ronstadt.

“To me, this EP is a continuation of a journey. My second project was largely an account of just coming out of a storm. I had survived, I knew things were going to get better, but there was some healing and processing to be done. As time passed, and I did the work to heal, I emerged into a new place. I realized that surviving the storm wasn’t enough. I realized I was put on this Earth to do more than survive.”

Beth Snapp is describing her new EP, tellingly titled Don’t Apologize. A collection of soothing and supple melodies, underscored by a bracing backing band, it offers astute observations about the challenges, expectations and ability to overcome obstacles — either self-imposed or those that result from outside interference. It’s a personal tale gleaned from lessons learned, from a need to face those realities and cope with them accordingly. Snapp delivers these songs with clarity and conviction, sharing universal truths that can resonate with us all.
Produced and mixed by Gar Ragland, engineered by Julian Dreyer, and recorded at Echo Mountain Recording Studios in Asheville, North Carolina, Don’t Apologize features a stunning array of guest contributors, including celebrated cello player and pianist Dave Eggar, guitarist Phil Faconti, Black Lillies frontman Cruz Contreras, and her band mates Jason Crawford (banjo, Mandolin), Jay Farmer (upright bass) , Kevin Jackson (fiddle) , and Justin Short (drums).

Indeed, the song titles are as revealing as the expressive melodies themselves, a sequence of sound that reaches from the comforting caress of the title track, the mellow musings pervading “Princess Dream” and the restful, reassuring “Counting Down,” to the jauntily paced “Little Much,” the banjo ramble of “Easy to Love,” the upbeat urgency of “Scream” and the easy but unapologetic “Confessions of an Exhausted Thirty-Something.” It’s a set of songs that run through a gamut of emotions, doing so with both vibrancy and vulnerability. 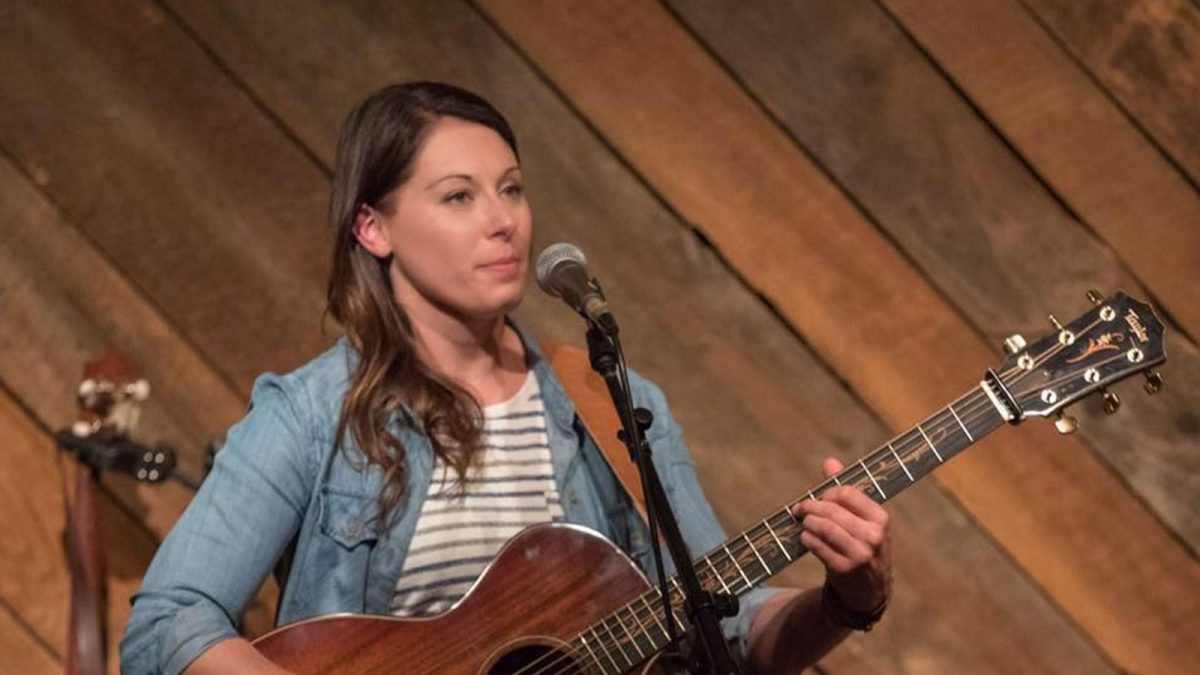