Kenny Roby knew from the start there would be a lot to say for his first solo album in seven years, the emotionally and musically expansive The Reservoir. So much had changed in his world and the world at large since his stately 2013 LP, Memories & Birds, an exquisite reflection on the experiences and apprehensions of crossing over 40.

Roby was now 48. He had been sober for half his adult life. Both his kids, somehow suddenly in their 20s, had left home. After more than two decades together, he and his wife had decided, rather amicably, to separate and try something else. Roby’s band 6 String Drag—an iconic alt-country unit who were signed to Steve Earle’s record label and helped shape that very term as young North Carolina men in the ’90s—had reunited for runs of spirited shows and a barreling, but wise rock ’n’ roll record, 2018’s Top of the World. And then, of course, there was the wider social upheaval of the last decade, the feeling that all the progress Roby had seen in his lifetime was in sudden peril. That was plenty to process for a dozen songs, right?

Neal Casal thought so. Roby met Casal at a concert in Raleigh a quarter-century ago, and they became fast friends, “swapping music like two kids trading baseball cards,” Roby remembers. They’d toured and recorded together, with 6 String Drag even playing Casal’s wedding in the late ’90s. In the Spring of 2019, Roby started sending these latest songs to his old pal, who had emerged as a top-tier guitarist with the likes of Willie Nelson and Chris Robinson and a spectacular bandleader in his own right. Roby’s new reflections clicked for Casal, especially the way he seemed to stare down age and addiction and anxiety and push through to the other side, to something like acceptance.

This was an idea we’ve been sitting on for about 7 years. There are several reasons that led to this decision, the most significant being that MGMW&M just didn’t seem to capture what this project is about. We hope that Wilder Things Than Us does a better job of that. We hope it’s a name that will help us better connect with our audience and our scene.

This project formed in 2012 (roughly) in Naples, FL under the moniker My Girl My Whiskey & Me. As a founding member, George chose the name (MGMW&M) based on a song by the Rayado Ruffians. This song represents the life changing moment when George first encountered the mandolin, as well as bluegrass music.

Fast forward about 2 years, when the band has undergone some changes in their lineup and emerged with only 2 members- George and his new wife, Kelly.

With a fresh start in Upstate South Carolina, we began to hone in on our own sound, our own writing style. We wanted to marry the earthiness of Appalachian music with… everything else, lol. We’ve used terms like “Progressive Bluegrass” and “Folk Rock” often, but we’re not committed to a genre. A fan once affectionately dubbed our sound “Zappalachain”, which we very much appreciate. Between our original and cover material you’ll hear jazz, blues, punk- no genre is safe.

In the summer of 2017 we released our debut album, In The Ground, with Other Southern, just before embarking on a year-long tour of the United States. Which states? All of ‘em. Go big, or go home, amIright? 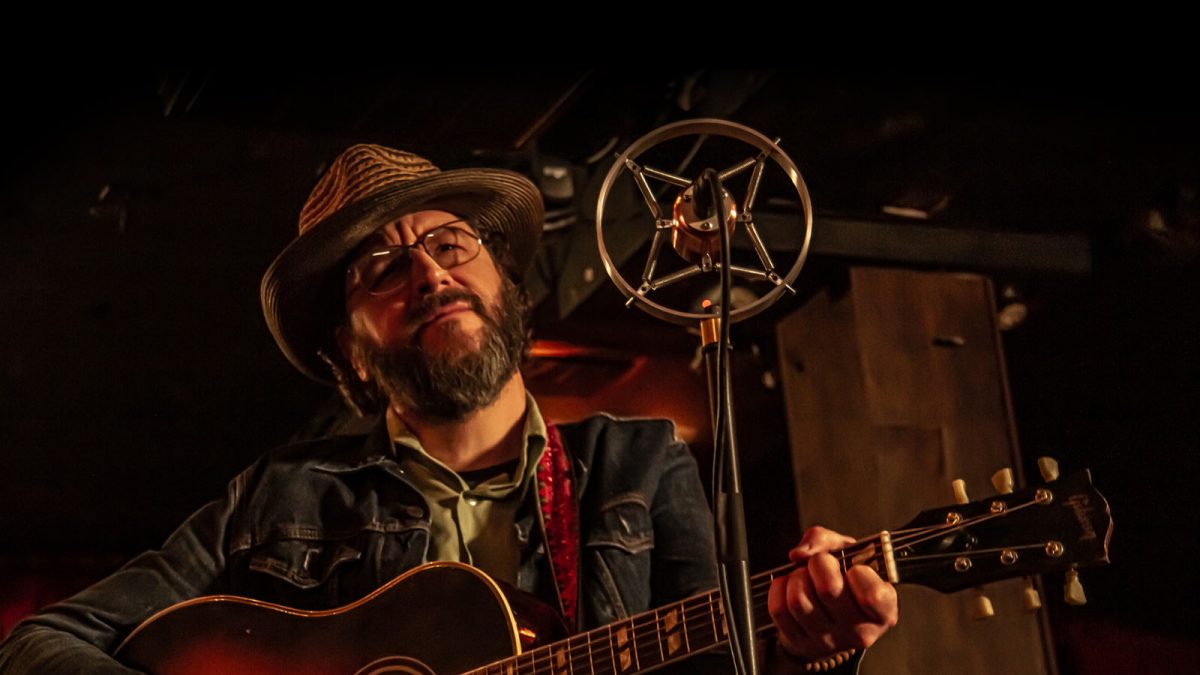