I’d rather see Mic Harrison and the High Score perform than just about any band on the planet.

That’s not just because Mic and the guys have a couple of road cases full of great songs or they’re journeyman musicians who’ve been a part of some of the best bands to come out of the South. It’s because every time I go to a Mic Harrison and the High Score show, I know I’m going to walk in and see guys who look like they’re having so much fun on stage that it can’t help but spill out into the audience. I know I’m going to walk out at the end the night feeling better about the world with great rock ‘n’ roll and honky tonk songs playing over and over in my head.

Lead singer and rhythm guitarist Mic Harrison, lead guitarist Robbie Trosper, bassist Vance Hillard, guitarist Kevin Abernathy and drummer Don Coffey, Jr., have a chemistry that can only come from long term friendships and shared experiences. Harrison, who started his young adulthood working in a saw mill in Bradford, Tenn., a town so small it barely shows up on the map between Memphis and Jackson. He moved to Knoxville in the 1990s to become co-lead singer-songwriter (with Scott Miller) in The V-Roys, a band that defined “Americana” before it was genre. After that group split, he teamed with Trosper in the short-lived favorites The Faults and, later, teamed with Coffey in the now legendary power pop act Superdrag. When Superdrag ended, Harrison enlisted established Knoxville rock act The High Score to back up a tour and the chemistry was so good that the partnership never ended.

In the past 12 years or so, Mic and the guys have traveled the country, performing at festivals from Bonnaroo to Easyriders Rodeos, headlining bills from concert halls to the stickiest bars, opening shows for everyone from Billy Joe Shaver to Huey Lewis and the News to ZZ Top, and recording a terrific single with classic country singer Con Hunley.

I’ve been lucky enough to experience Mic Harrison and the High Score perform about 50 times. I expect to see them at least 50 more. In the world today, you need something that’s guaranteed to make you feel good that won’t hurt you – aside from a little soreness from swaying and dancing.

Longtime music writer, host of WDVX-FM’s “All Over the Road” and “The 6 O’Clock Swerve.”

The heavy heart of Appalachia beats with each and every note of Dogwood Winter, the debut EP from Rev. J. Mikhael Smith & the Brimstone Miracle. It’s a sepia-toned collection of finely crafted storyteller songs from the pen and voice of East Tennessee’s Josh Smith. Recorded live, Dogwood Winter is a Southern Gothic short that puts listeners in the shoes and hearts of a collection of unforgettable characters. Each story comes alive thanks to what reviewer Matthew Everett called Smith’s “novelist’s eye for telling details and an ear for melodies that feel instantly familiar.”

From the mounting urgency of a man waiting for his family on a doomed train in 10:18 to the paralells between religion and addiction in Searching for Jesus, Smith deftly weaves his unique observational skills with guitar and fiddle driven intimate acoustic arrangements that frame the stories perfectly and invite the listeners to come along for every dusty, and utterly satisfying mile. 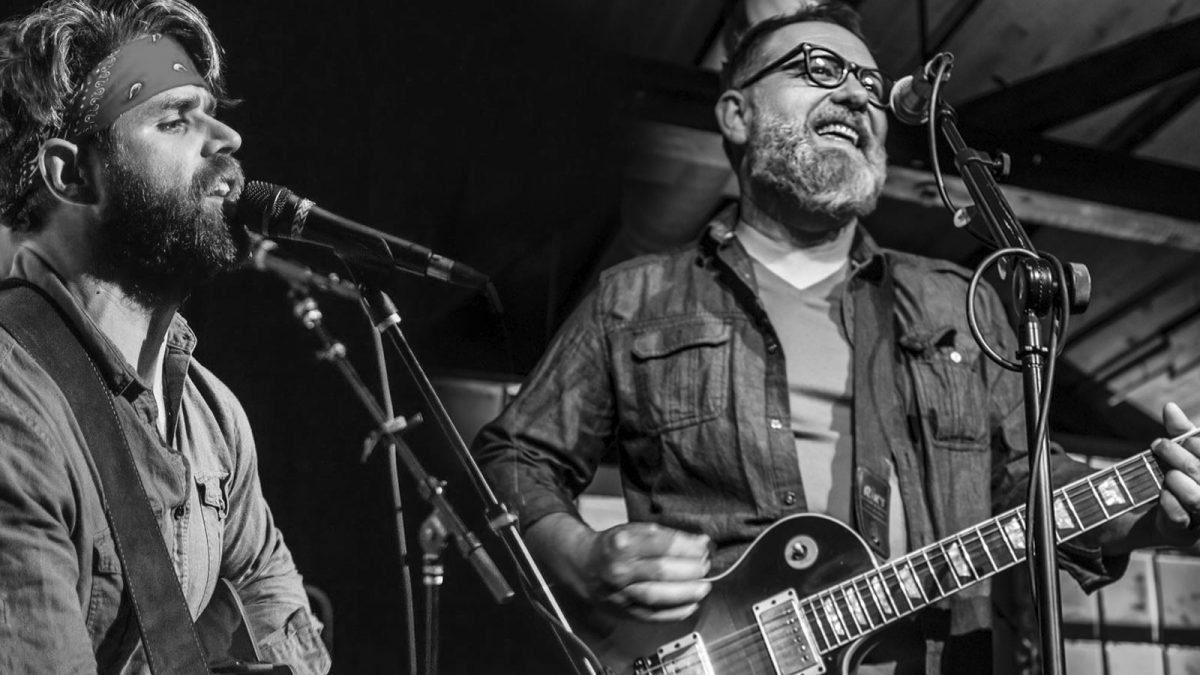