The Blue Plate Special
Live from the WDVX studio inside the Knoxville Visitor’s Center
Join us in the audience or listen online or on your radio at 89.9 FM
Friday, May 6 & Saturday, May 7 | 12-1 pm | free

Stomp on the Square
Live performances on Market Square
Saturday, May 7 | 4-10 pm | free

WDVX will host a foot-stomping evening of live music on Market Square. Get ready to hear a slew of bands perform their own versions of songs from the Knoxville Sessions. The line-up includes local favorites like the Streamliners Swing Orchestra and the Bearded as well as great visitors like New Orleans’ own Roochie Toochie and the Ragtime Shepherd Kings.
Presented by Visit Knoxville and WDVX

WDVX is still looking for volunteers!!

When: Saturday, May 7th from 3:00-11.
Where: Market Square
What: Stomp on the Square; a free concert hosted by WDVX & Visit Knoxville as a part of the Knoxville Stomp Festival

We still need people for multiple shifts during this awesome event!
We need folks to work the info/merch table, to pour beer, sell beer tickets, check ID’s, and man the exits on the square.

Gatekeepers will be seated or standing at each of the four entrances to Market Square.

If you would like to volunteer please send an email to volunteers@wdvx.com with your desired position and availability.

This program takes its name from The Clinch River, a 337-mile body of water that was once the economic center of the freshwater pearl trade. Winding through the Appalachian region, its mighty waters are home to a host of treasures and its banks are rich with wildlife. Clinch River Breakdown has treasures of its own, including recordings of both well-known and obscure musicians from the 1920s all the way to the present. Host Charlie Lutz plays a mix of old-time, bluegrass, honky tonk, folk, blues and more on Sunday afternoons.
Presented by WDVX

Tennessee Country Classics with Joe Bussard
Listen online or on your radio at 89.9 FM
Sunday, May 8 | 5-6 pm | free

America’s most high-profile 78rpm record collector, Joe Bussard maintains one of the world’s largest collections of American music from the 1920s and 1930s. He was an instrumental figure in the recovery of many Knoxville Sessions recordings and is the subject of Edward Gillan’s 2003 documentary Desperate Man Blues.
Presented by WDVX

What is the Knoxville Stomp?

The Knoxville Stomp is a four-day festival celebrating the re-mastering and release of a newly recovered collection of recordings made at Knoxville, Tennessee’s St. James Hotel in 1929 and 1930 known as the Knoxville Sessions. The citywide festival will highlight Knoxville’s varied musical heritage and the diverse voices that contributed to the city’s musical history. Dom Flemons headlines this exciting event, which also features a museum exhibition, record show, panel discussions and lots of live music.

The Knoxville Sessions of 1929-30 (also known as the St. James Sessions) are a rare window onto a fertile time and place in the history of American popular music. The 1920s saw the dawn of music on the radio, and improvements to recording technology that saw the introduction of mass-market recordings of popular music. And the Roaring ‘20s was accompanied by a surprisingly worldly stew of folk music, blues, show tunes, jazz, Hawaiian, and vaudeville novelties that all played a part in the evolution of what we now know as popular music.

Bear Family Records will release an exclusive CD box set of remastered recordings from the Knoxville Sessions held at downtown Knoxville’s St. James Hotel in 1929 and 1930. The four-CD set will be accompanied by an exhaustive book packed with rare archival photos, written by respected scholars Dr. Ted Olson and Tony Russell, who also authored the books accompanying the Bear Family’s releases of the Bristol and Johnson City Sessions.

Stay tuned for more information about the Knoxville Stomp!

Thanks to the Greater Knoxville Honda Dealers for sponsoring the Knoxville Stomp. 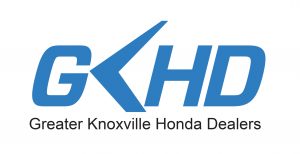