Josh Daniel (of the New Familiars) and Peter Gray take the stage in a duo show tonight on Tennessee Shines.

Josh Daniel is a North Carolina singer-songwriter and multi-instrumentalist whose passion and enthusiasm are evident every time he takes the stage. Daniel describes his sound as “Rock n Roll” but it’s much broader than that… Josh is able to mold his influences in to a unique sound that is entirely his own.
Blending rock n roll with bluegrass, funk and soul music with a reggae backbeat, you never know which way he will lead the crowd. By the tender age of 19 Daniel had a full length CD of original music under his belt and performed hundreds of live shows. Since then he has released a catalog of music with his critically acclaimed band The New Familiars that includes several EPs, a full length CD, a live effort and a 45 single with a wonderful cover of the classic soul song “My Girl”.

Peter Gray is Charlotte, North Carolina composer, songwriter and guitarist perhaps best known as cult-indie rocker Benji Hughes’ guitarist but Peter is a complex songwriter in his own right releasing the self-produced CD “The Darkness Closes In” in late 2016 to great reviews. Peter is a fresh guitar player and his approach to songwriting is very unique.

Josh and Peter have been playing music together off and on for over 10 years and they have great interplay between them. 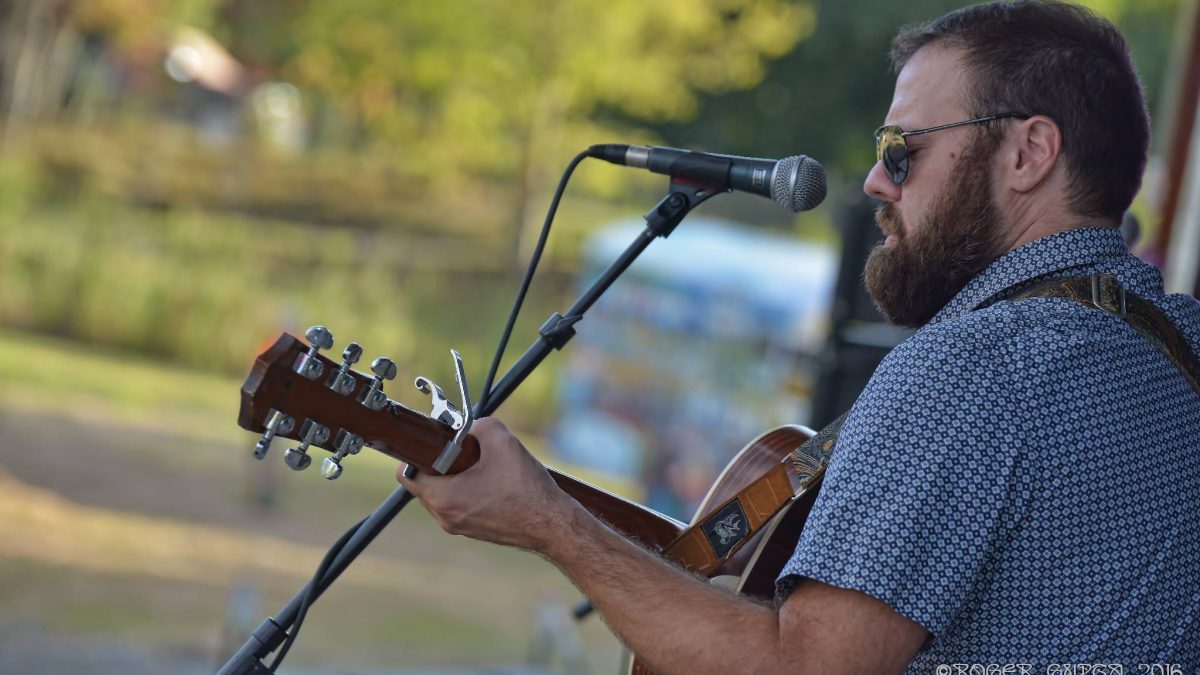