David Mayfield Parade shines for us!

David Mayfield grew up playing bass and touring with his family’s bluegrass band. As a teenager he established himself as a hot picker collecting national awards for his dexterity on guitar and mandolin. His knack for colorful performances was evident as a backing player in his sister Jessica Lea Mayfield’s band including their appearance on “The Late Show with David Letterman.” He oozed personality on stage – a trait that makes him a natural frontman. He took his skills and personality when he joined the bluegrass outfit Cadillac Sky, playing sold out shows with British folk revivalists Mumford and Sons. Around then Mayfield began writing songs after hearing artists like Randy Newman and Simon & Garfunkel. Encouraged by his sister Jessica, & friend Seth Avett, to record his original material, Mayfield did just that, to much acclaim. Since that time he has toured almost non-stop. Conscious of not just being a musician, but an entertainer – something his father instilled in him in the family band – he certainly makes an impression live. But it’s the strength of his songwriting and musicianship, combined with that charm and personality that keep audiences consistantly lining up to join the parade. 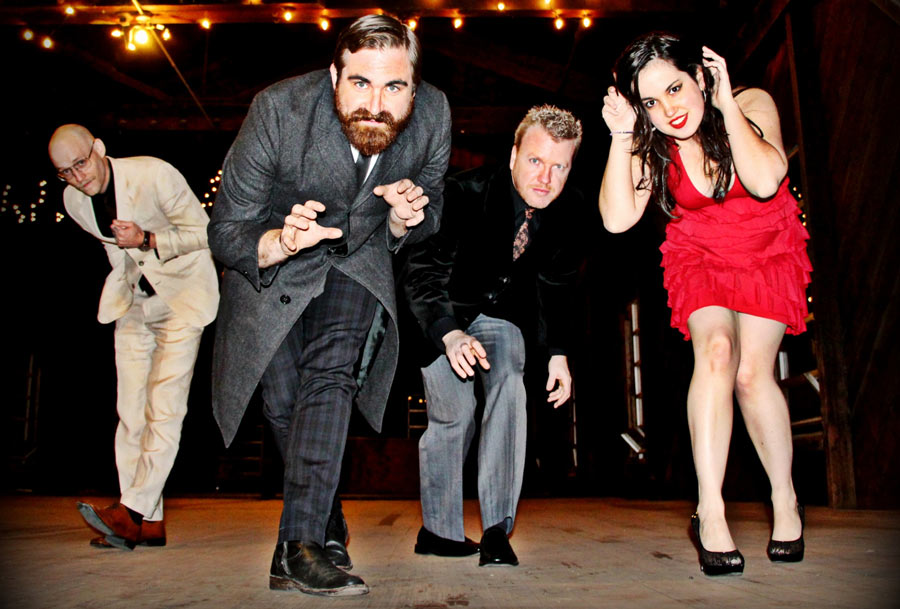