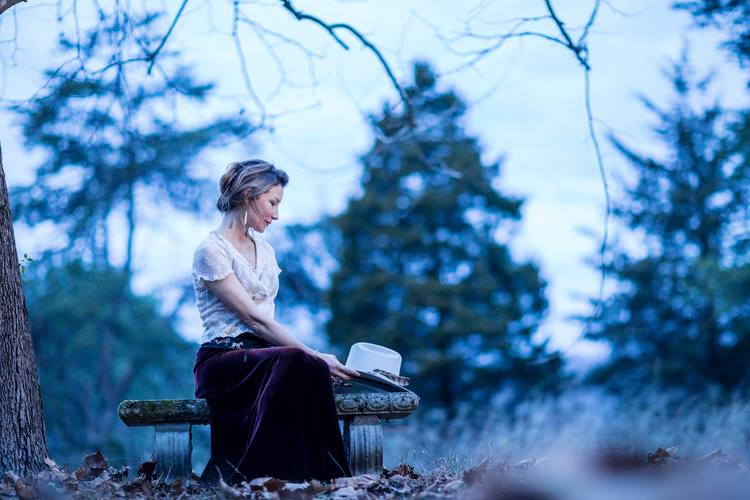 Jennifer Niceley will join us on this edition of Tennessee Shines! It has been too long since she has been on the WDVX airwaves, and we look forward to catching up with her!

“Jennifer Niceley has sometimes called her music country, just to have something to call it.

But it doesn’t really fit any commercial genre. Acoustic guitar with original lyrics often gets lumped in the folk category, but Niceley’s singing voice has urbane jazz inflections, and the structure of most of her songs don’t follow familiar patterns, no verse-chorus-bridge-chorus expectations. “I still see it as poetry put to music,” she says.

If she did call it country, she’d have a more authentic claim to the word than most of Nashville’s broad-brimmed cowboys. On her last album, Birdlight, she sings the old Jimmie Rodgers blues tune, “No Hard Times,” a rare cover on a mostly original album, conveyed with an easy Western swing. When she sings, “Ain’t got no blues, got chickens in my backyard,” it’s no fib. Indeed she does have chickens in her backyard, and cows and horses and corn, like the guy in the song.

Niceley lives in an old tenant’s cottage on a 400-acre spread along the Holston River, where her family has farmed for generations. “It’s a magical place, split between rolling hills, used for pastureland, and fertile river-bottomland,” she says.

It keeps her grounded, adding an interesting complexity to her music, which otherwise sounds ethereal, impressionistic, dreamy, elusive, like something far from the ground…” — (Jack Neely)

In the meantime, enjoy this Bullet Backstory featuring Jennifer! She was gracious enough to answer our questions for this regular feature on the WDVX blog.